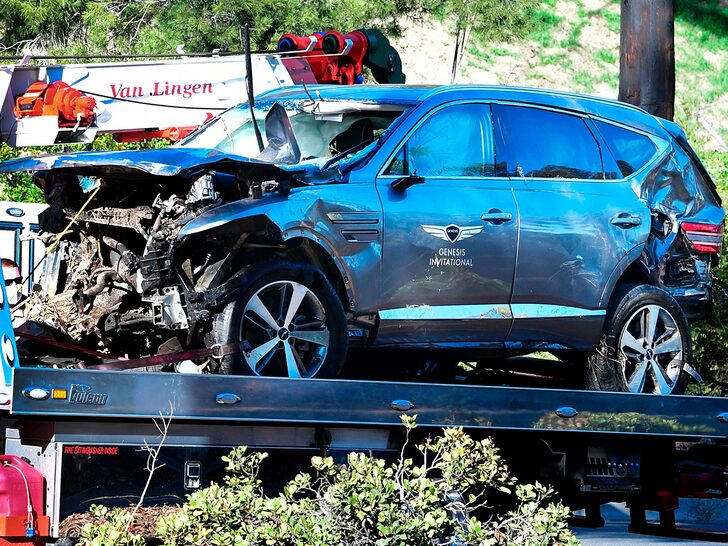 Investigators in the Tiger Woods crash have obtained a search warrant to pull the “black box” from the SUV the golfer wrecked on Feb. 23 … but it’s still very unlikely he’ll be charged with a crime.

The L.A. County Sheriff’s Dept. confirmed the warrant to USA Today — but insisted it was a “routine part” of a typical crash investigation and does not make it any more likely officials will hit the 45-year-old with criminal charges.

A car’s black box usually contains information about the vehicle’s speed at the time of a collision. It can also show if brakes were applied, airbags were deployed, seatbelts were worn, etc.

“We’re trying to determine if a crime was committed,” Sheriff’s Deputy John Schloegl told USA Today … “If somebody is involved in a traffic collision, we’ve got to reconstruct the traffic collision, if there was any reckless driving, if somebody was on their cell phone or something like that.”

“We determine if there was a crime. If there was no crime, we close out the case, and it was a regular traffic collision.”

Sheriff Alex Villanueva previously said Tiger will NOT face criminal charges — and suggested the worst thing that could happen is Woods gets hit with an infraction if investigators determined he was driving while distracted.

“We do not contemplate any charges whatsoever in this crash,” Villanueva said last week … “This remains an accident. An accident is not a crime.”

Both Villanueva and Schloegl have said there is no evidence to support the theory Tiger was impaired while he was behind the wheel on Feb. 23 … which is why officials never made a concentrated effort to obtain a blood sample.

Woods was severely injured in the wreck — requiring major surgery to repair multiple fractures in his right leg.

He is still hospitalized in Los Angeles. No word on when he’s expected to be released.