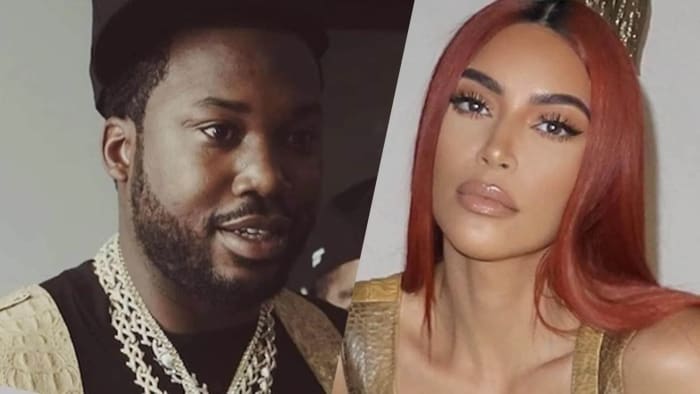 Kim Kardashian is single now – but it’s not clear yet whether she’s ready to date anyone. But if she IS ready to date, one rapper appears VERY ready to start dating her – rapper MEEK MILL.

MTO News spoke with someone close to Meek, who tell us that the rapper has been shooting his shot at Kim, ever since her divorce was finalized.

The insider told MTO News, “Meek has been in her DMs, and called her and mutual friends. He’s trying not to be too thirsty about it. But yeah, he’s interested [in dating Kim].”

Kanye West – Kim;s estranged husband – suspected that Kim may have had an affair with Meek during their marriage.

In a tweet storm last year, Ye accused Kim of allegedly cheating on him with Meek Mill. “I been trying to get divorced since Kim met with Meek at the Warldolf for ‘prison reform,’” he wrote in a now-deleted tweet. The rapper later added, “Meek is my man and was respectful.”

We wonder what Kanye would think if Kim dated Meek . . .