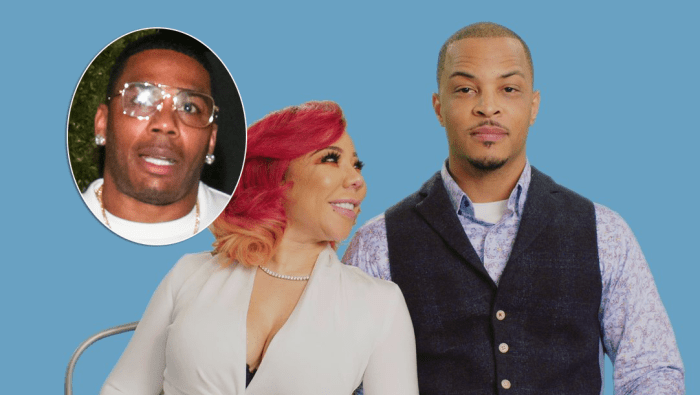 Rapper TI and his wife Tiny are in the fight of their lives, after more than a dozen women have come forward – alleging that the superstar couple drugged and raped them.

Now MTO News has learned that one of the accusers is now implicating TI’s friend Nelly in the abuse. Nelly recently settled a lawsuit with a different woman, who claimed that he sexually assaulted her in his tour bus.

In 2005, Tiny approached her to work as an assistant She was never said or compensated for any of the work completed.

On one occasion TI stood over her, and Tiny stood nearby as TI forced her to swallow 8 ecstasy pills.

Throughout her time with TI and Tiny, the duo forced her to engage in acts with different women against her will.

In 2014, TI and Tiny forced her to have sexual intercourse with rapper Nelly.against her will.

This story, and others have been released online in a video. TI and Tiny look like their careers may be over.

But before we write TI and Tiny off .  . these are grown women accusers. How does someone force a grown woman to have sex with people over the course of weeks and years???