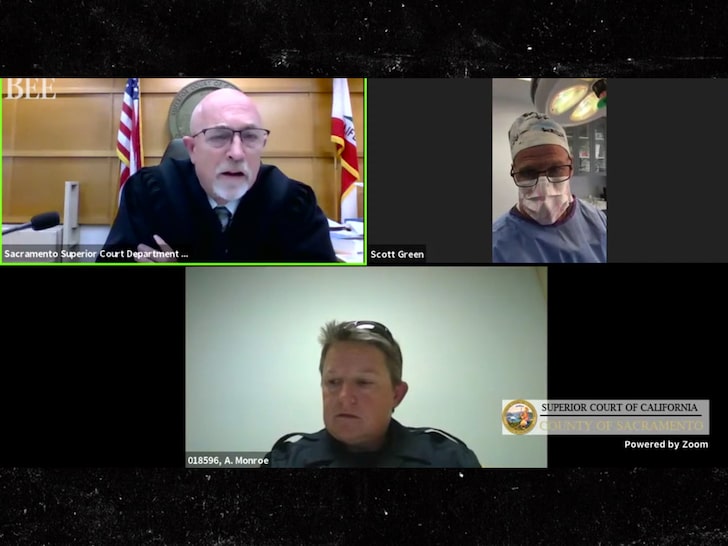 A plastic surgeon wanted to fight his traffic ticket this week and was ready to make his case to the judge … in the operating room where he was performing surgery on a patient!!!

It’s a crazy video … Dr. Scott Green appeared virtually before Sacramento Court Commissioner Gary Link. The doc was decked out in surgical scrubs and you see the patient on the operating table … mid-surgery.

The police officer and the lawyers were all present on zoom as the doctor raised his right hand and swore to tell the truth.

Truth be told … he acknowledged he was in the middle of the operation, but he was quick to add there was another surgeon who was working on the patient while Dr. Green fought the ticket.

Judge Link seemed freaked out, and said he wasn’t comfortable holding the trial … worrying about the well-being of the person on the operating table.

The case was continued to next month.