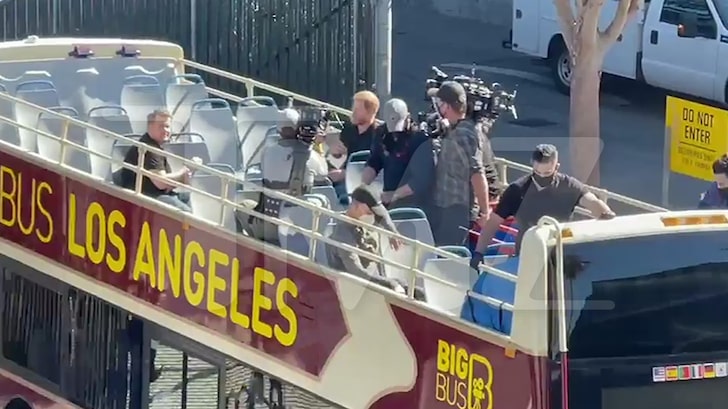 Prince Harry says he moved his family to L.A. to protect his family like any husband and father would — and blamed the media for “destroying my mental health.”

In his eyes, “It was never walking away. It was stepping back rather than stepping down. It was a really difficult environment. As I think a lot of people saw, we all know what the British press can be like, and it was destroying my mental health. This is toxic. I did what any husband, any father would do. I needed to get my family out of here.”

Just last week, Buckingham Palace said Harry and Meghan had “confirmed to Her Majesty The Queen that they will not be returning as working members of The Royal Family.”

James and Harry, who are mates off-camera, also talked about Netflix’s “The Crown” … with Harry saying even though the series is clearly fictional it’s loosely based on the truth.

James also asked Harry who in Hollywood he’d like to see portray him. Harry butchers the name at first but at least he picked a SOLID Englishman to play him.