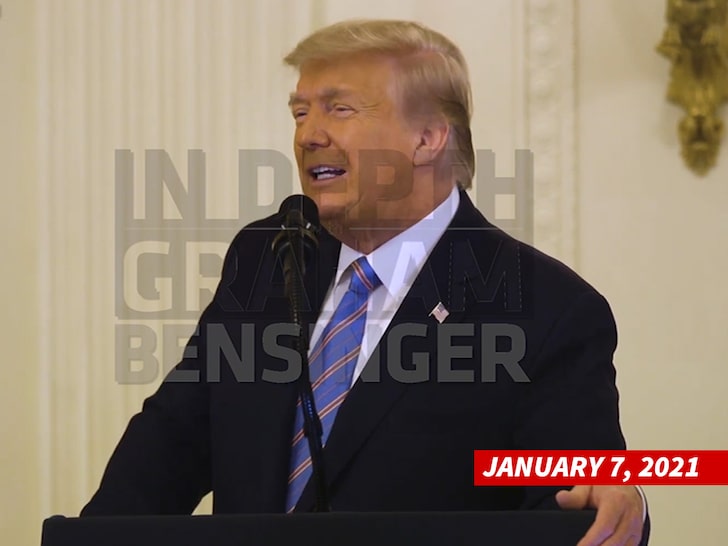 Incredible video shot less than 24 hours after the raid on the U.S. Capitol shows Donald Trump joking around with golf legends Gary Player and Annika Sorenstam … while the rest of the country was still in shock.

Remember, Player and Sorenstam had each been booked to receive the Presidential Medal of Honor — the highest civilian award in the country — from Trump at a White House ceremony set for January 7th.

The issue … the insurrection at the capitol occurred on Jan. 6th — where 5 people died and many more were injured. Several buildings in the Capitol complex were evacuated and locked down.

Yet, Trump forged ahead with the medal ceremony — but decided to make it a private affair instead of a big public display.

Footage of the ceremony was captured by reporter Graham Bensinger — and shows Trump joking around with the golfers as if everything was normal.

The jokes were met with huge laughs from people in the room — and both Player and Sorenstam proceeded to praise Trump when they stepped in front if the mic. 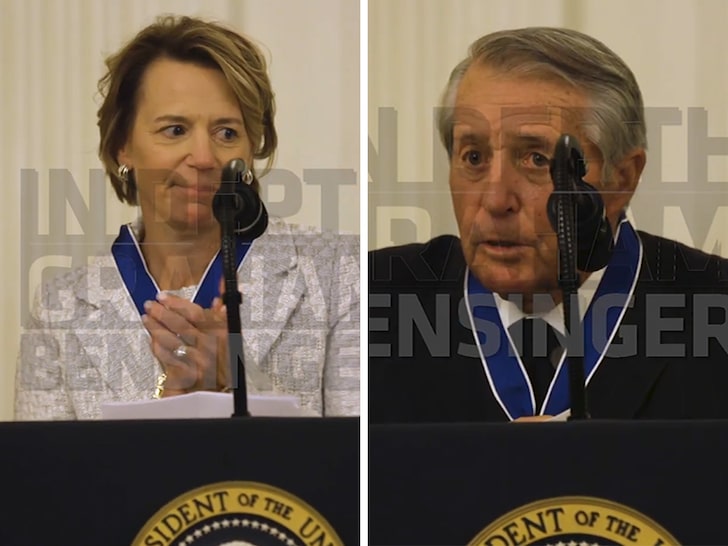 “I want to say thank you for all that you’ve done and the service to our country,” Sorenstam said … “particularly, during the coronavirus crisis. I know it’s been very tough and challenging. but many congratulations on the roll out of the vaccine and warp speed.”

Player added that Trump’s White House has “changed the world for the better.”

In the weeks that followed, Trump was impeached — with officials accusing him of inciting the insurrection.

Bensinger sat down with Sorenstam one month later for his show “In Touch with Graham Bensinger” — and she admitted she’s heard the negative criticism about her decision to accept the award while others like Bill Belichick declined.

“I’ve received quite a bit of positive feedback from friends and family. But then there’ve been some not so positive,” Sorenstam said … “And I’ve heard those, and I’ve listened to those.”

Bensinge asked specifically what the negative criticism has been.

“I’m gonna be honest, I haven’t been on social media since then. The other things that I’ve heard, the negativities: not necessarily my achievements, but the timing.”

As for Trump, after he was impeached … the case went to the Senate, where he was ultimately acquitted.

The entire “In Depth” episode airs this weekend.