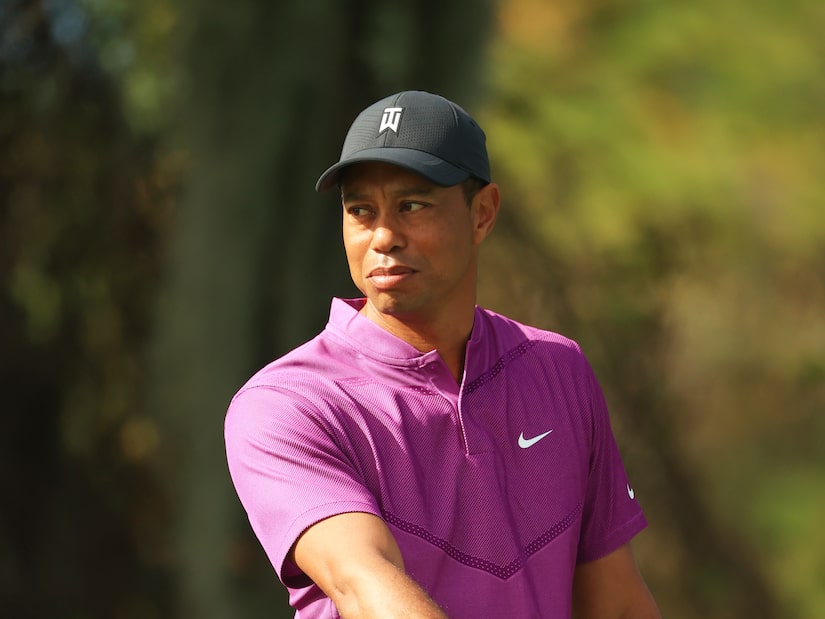 Tiger Woods is on the mend after his terrifying car crash.

On Tuesday night, Woods’ reps released a statement on Twitter, saying, “We thank everyone for the overwhelming support and messages during this tough time. As previously communicated, Tiger was involved in a single-car accident earlier this morning in California. He has undergone a long surgical procedure on his lower right leg and ankle after being brought to the hospital.”

Following his surgery, Tiger is “currently awake, responsive, and recovering in his hospital room.”

In another statement, Tiger’s medical team revealed the extent of his injuries. Harbor-UCLA Medical Center chief medical officer and interim CEO, Dr. Anish Mahajan, said, “Mr. Woods suffered significant orthopedic injuries to his right lower extremity that were treated during emergency surgery by orthopedic trauma specialists at Harbor-UCLA Medical Center, a level 1 trauma center. Comminuted open fractures affecting both the upper and lower portions of the tibia and fibula bones were stabilized by inserting a rod into the tibia. Additional injuries to the bones of the foot and ankle were stabilized with a combination of screws and pins. Trauma to the muscle and soft-tissue of the leg required surgical release of the covering of the muscles to relive pressure due to swelling.”

Earlier in the day, a press conference was held regarding Woods’ one-car collision in Los Angeles. Sheriff Deputy Carlos Gonzalez, who was one of the first to respond to the crash scene, told reporters, “I’ve seen many collisions. The nature of his vehicle and the fact that he was wearing a seatbelt, I would say that it greatly increased the likelihood that it saved his life. It was very fortunate that Mr. Woods was able to come out of this alive.”

When Gonzalez spoke to Tiger at the crash site, Tiger was “still calm and lucid,” despite his severe leg injuries.

Woods was extricated with a Halligan tool and axe, not the “jaws of life” as previously reported.

Los Angeles County Sheriff Alex Villanueva also discussed how Tiger’s SUV saved his life, saying, “The cabin of the vehicle was more or less intact. The front end was totally destroyed, the bumpers, everything was destroyed, airbags deployed — all of that. However, thankfully, the interior was more or less intact, which kind of gave him the cushion to survive what otherwise would’ve been a fatal crash.”

Villanueva noted that Woods was most likely driving at “relatively greater speed than normal” when the rollover accident happened.

According to Fox News, Woods was on his way to meet NFL stars Drew Bees and Justin Herbert at Rolling Hills Country Club to shoot a show for GolfTV, which was scheduled to start filming at 7:30. The crash occurred at 7:12.

Jada Pinkett Smith added, “Prayers up for the GOAT @TigerWoods who was in an accident this morning. Was just with him yesterday. Don’t take not even a MOMENT for granted! I know you’re good because your Tiger within is a beast!!!”

Praying for my brother @TigerWoods as we all anxiously await more news.

Thinking of him and his entire family. 🙏 https://t.co/jpWbI3cLvO

Sending a special prayer out to @TigerWoods & his family. Praying for a speedy recovery 🙏🏾🙏🏾🙏🏾🙏🏾🙏🏾