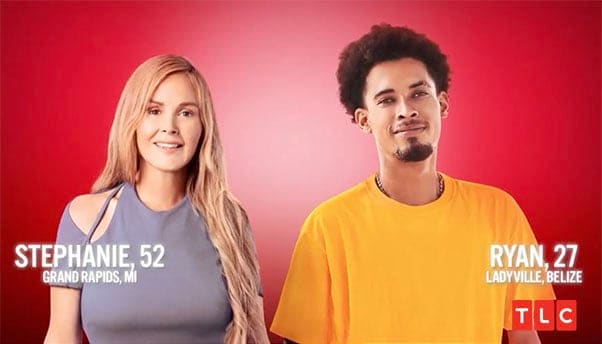 This week’s episode of 90 Day Fiance featured a disturbing scene in which Stephanie Davison gets very emotional after her Belizean boyfriend Ryan Carr lied to her about using a condom during sex.

After the episode aired, an Instagram comment made by Stephanie in which she states that she was raped and plans to sue TLC began circulating online.

“These clusterf***s that work for this company are going to wish they never deceived me,” Stephanie wrote. “I not only was raped while filming, but manipulated to keep filming after I begged to get off set after being bitten hundreds of times by sand flies. But no, they just needed a romantic dinner filmed with Ryan.”

She adds that she has spent a great deal of time in the hospital “hooked to IV’s for the inflammation from the allergic reactions I had.” She says producers “are unwilling to pay all my medical expenses.” She concludes with the lawsuit claim. “My attorney started legal action today…stay tuned!!”

MTO News was not able to confirm whether Stephanie has in fact filed a lawsuit, but she may be able to.

Here’s the video, where Stephanie talks about the alleged rape:

Lying about using protection during sex is called “sheathing” and it is illegal in a number of States in the Unites States. Either way, you can definitely sue someone for doing it.

There is currently a bill in California that would make removing a condom without consent a sexual battery offense, punishable by jail time. Unfortunately sheathing is not against the law in Belize, where the alleged rape took place.