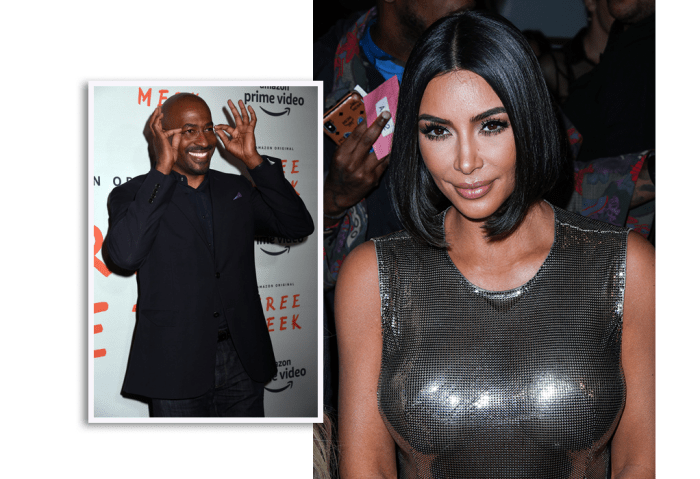 Yesterday Kim Kardashian announced that she’s divorcing her long-time husband Kanye West. Moments after she announced, Twitter began blowing up with speculation on who Kim will date as her first new boyfriend.

Rumors about Kim and Van having a secret crush on each other have been going around for months. Van, a 52-year-old CNN commentator, who also recently filed to divorce his wife.

Those rumors were rampant on Twitter BEFORE Kim’s filing, now they’re everywhere. Many users shared images of Jones and Kardashian at Criminal Justice Reform Summit in 2018, hosted jointly by Variety and Rolling Stone. This show focused on prison system reforms in the US.

One tweeter even offered odds on who Kim would date next. Van was in first place, followed by Drake.

Van’s wife, Jana Carter, divorced the CNN commentator in 2019. She was seeking joint legal and physical custody of their two children, Mattai and Cabral.

Here’s a pic of her – a dark haired White woman.