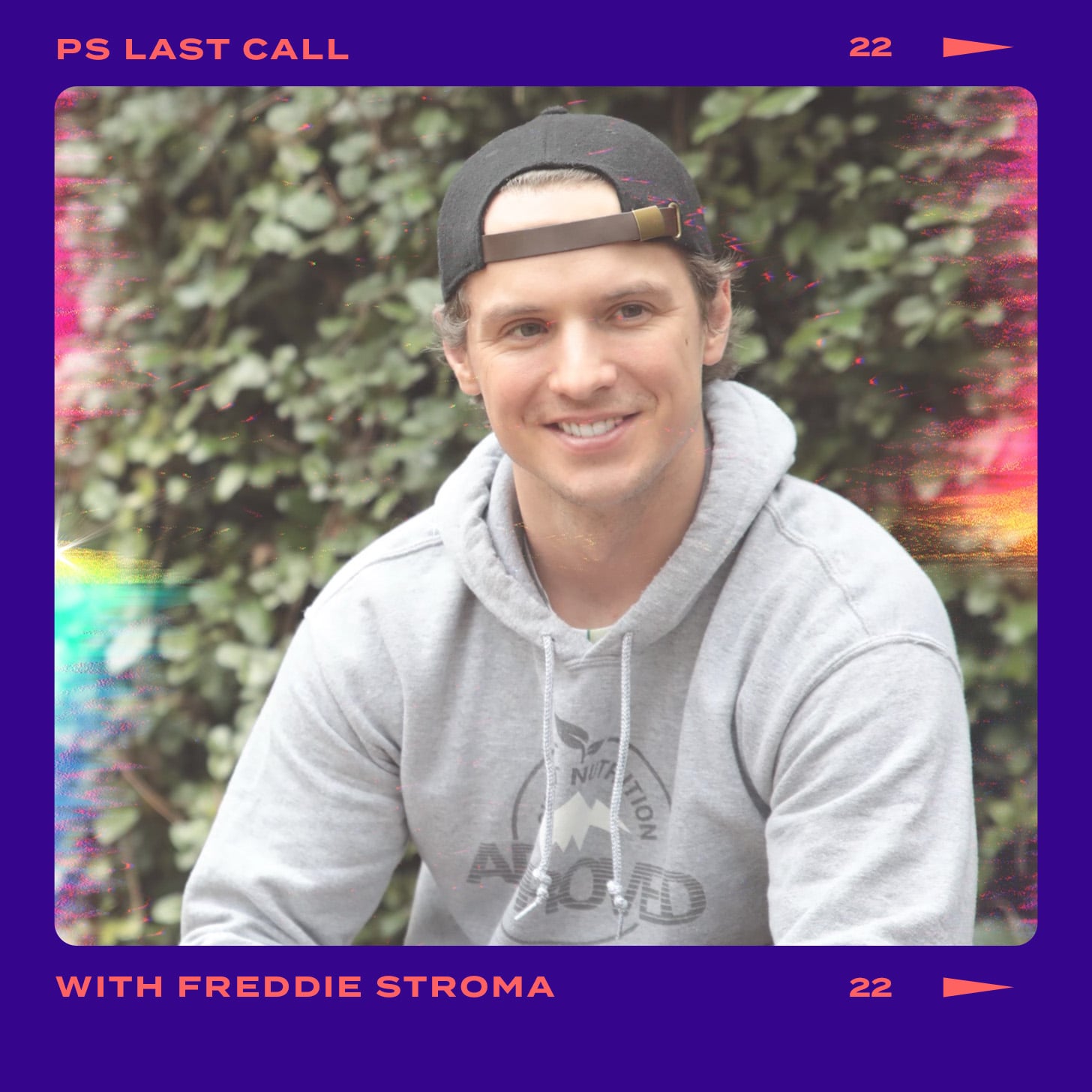 British actor Freddie Stroma has popped up in some of our favorite films and series over the years, from Harry Potter and the Deathly Hallows (where he played Cormac McLaggen), to Pitch Perfect, to my personal favorite, The Bachelor-inspired Lifetime dramedy UnReal.

Now, he’s back on screen starring alongside the hilarious Kevin James in Netflix’s new NASCAR-based series The Crew, where Stroma plays Jake Martin, a charismatic race car driver. Ahead of the show’s premiere on Feb. 15, we chatted with Stroma about what he’s been listening to lately, the latest series he can’t get enough of, and more!

What was the last day filming The Crew like?

A little strange. We finished the last few episodes during the pandemic, so there were a lot of measures in place to keep us safe (masks, shields, no more live audience, etc.) It was great though — the last scene we shot was the opening scene of the show, which was insanely fun to shoot.

What’s the last thing you texted?

Asking if my friend wanted to go hunt orcs in Elven Assassin. It’s a game on the Oculus Quest 2, and it’s taking over my life. If we don’t protect the village, who will!

Lupin. So much fun! I think Omar Sy might just be the most charming man on the planet. Just waiting for part two to come out!

I’d probably say when working with Jennifer Lopez. I got to do a dance with her in Second Act, which is pretty scary considering what an icon and terrific dancer she is.

“Majesty” by Apashe feat. Wasiu. Listened to it while working out. Apashe has some great pump-up music.

Oven gloves. That’s right, it was oven gloves. It’s tiring being this cool, but that’s the life I chose.

Making Movies by Sidney Lumet. I admire his work so much, and the book is great because it not only gives you anecdotal stories but an in-depth look at the techniques he used. He’s such a legend!

Last thing you did for self-care?

Stretching. I’ve spent my whole life playing sports and working out but hardly ever stretching the amount that I should be. So now I’ve got an uphill battle to get some form of flexibility back.

Last piece of advice you received that changed your life?

“Go whole food plant based.” My wife and I are predominantly vegan now and have never felt better. We follow a YouTube channel called Simnett Nutrition. He’s this awesome Canadian nutritionist called Derek Simnett who has great recipes and fitness advice.

I went on a run, followed by some weights. I got a pretty awesome machine during the pandemic, which has been great for working out.

What’s the last photo on your camera roll?

My wife standing in the kitchen in her dressing gown looking mischievous. She’s always up to something, I just don’t know what. Most of my phone pictures are of her.

Catch Stroma in The Crew, streaming now on Netflix!