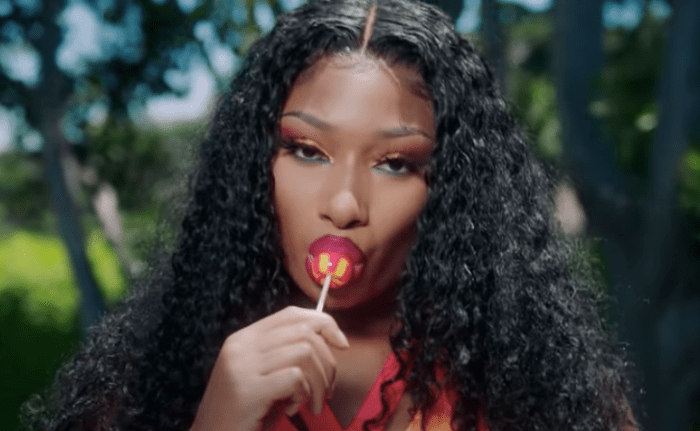 Megan Thee Stallion announced on Valentine’s Day that she has a new man in her life, rapper Pardi Fontaine.

But just one day after the couple announced their relationship – MTO News learned that Meg was caught on video getting into a drunken violent fight with her new bae.

And Meg’s bodyguard had to break down a door to break up an alleged fight. The incident occurred at a hotel room party that Meg was having to celebrate her birthday.

Yesterday was Meg’s birthday and she officially confirmed the relationship on IG:

Here are some pics of Pardi:

Last summer, Megan Thee Stallion told police that her then boyfriend, rapper Tory Lanez shot her twice in the foot. Meg suffered gunshot wounds and that she had undergone surgery to remove the bullets.

Her statement countered her initial police statement, that she had injured her foot on broken glass three days prior when she was in a car with rapper Tory Lanez and an unidentified woman; the car was pulled over by police and Lanez was arrested on gun charges following a vehicle search.