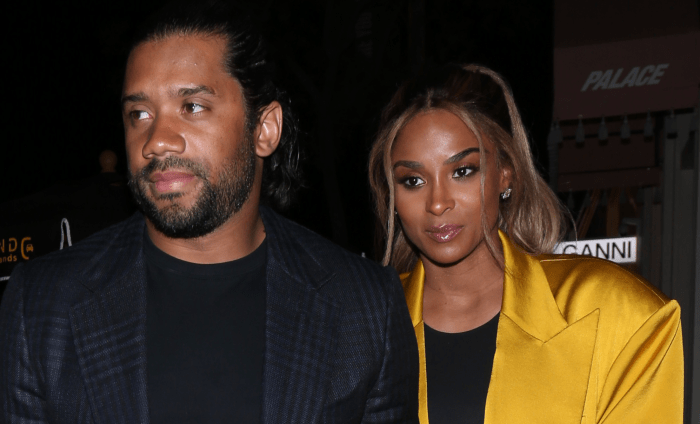 Ciara and Russell Wilson are already known widely as “Couple Goals” for many, but the pair may have even topped themselves courtesy of their latest interview with GQ Magazine. As part of its “Modern Love” relationship issue, ‘GQ’ magazine asked Russell and Ciara to do a joint interview—and their answers will definitely give you all the feels.

During a pre-Valentine’s Day sit-down with ‘GQ’ magazine, Seattle Seahawks quarterback Russell Wilson and singer Ciara opened up about their marriage. When Russell quizzed Ciara and asked her what his biggest fear is, they proved they are even more adorable than we thought.

“What’s my biggest fear? Yeah, but I probably have one that’s bigger than that,” Russell looks at Ciara, who responds by smiling and asking, “Is it L-O-S-I-N…?” Before she can finish spelling the word “losing,” her smiles at her and says, “Yes, losing you, “ to which Ciara immediately begins to blush.

The couple also revealed how they keep their marriage healthy, explaining that never being apart for too long is key. “We have some fun rules that we created. What is it, like 10 days that we don’t wanna push past, babe? Ten days when we travel?”

“When we first met it was 14 days. Then it was 10 days. And now it’s no more than seven or five. I don’t know, it may be really five days at this point,” Russell answers.

“We’re just grateful that we get to spend time together every day,” Russell said. “Every morning we wake up together it’s a blessing, and we get to smile from ear to ear and know that ‘You know what? Let’s go. Let’s go do this.’ ”

“I feel like, if I could look back in a crystal ball when I was a little girl and I looked at the idea of my family and what it would be for me, it’s exactly this,” Ciara gushed.