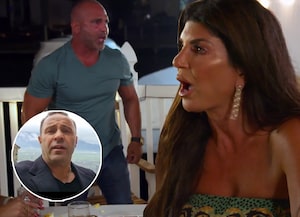 After more than a decade on television, Melissa Gorga says fans are going to see a different side to her marriage with Joe, which she concedes many “Real Housewives of New Jersey” fans have said seems just about perfect.

The truth is that the couple has hit a patch rockier than any they’ve endured before, and it’s not something they were able to — or necessarily tried to — keep from the cameras. “This season, it’s very raw. It’s very real. It’s very different this season for Joe and I,” she told Us Weekly on Thursday.

“We’ve done very good for 11 years. We’re a great couple. We try really hard,” she continued. “We fight really hard for our family and it’s not easy to be on reality TV for 11 years and still stand strong.”

According to Melissa, a lot of their trouble stems from the fact that she was only 24 years old when they got married (so was he). Now 41, she’s grown and changed a lot — and Joe “likes things to stay the same.”

It’s normal for people to change and evolve in a relationship, but as Melissa emphasized, it’s important that a couple can work through that and navigate that journey so that they “grow together or you’re going to grow apart.”

That’s not to say that fans are going to watch their relationship collapse on the air. These are the types of growing pains many marriages have successfully navigated, and the Gorgas have always had pretty open communication. 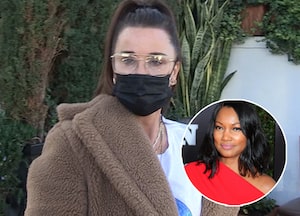 “I’m not sitting here telling you that, like, I’m moving out of my house today but we were struggling and we show it,” Melissa admitted. She also appeared to be saying that the couple is not out of the woods just yet on this issue, using present-tense language saying, “It’s not easy” and, “We’re struggling.”

“We’re fighting out of it,” she told the outlet. At the same time, while change is the catalyst for stress in their marriage, it’s their children, their history and their love — which remains strong — that serve as huge motivators to work through this.

“It just takes a little give and take,” Melissa said. The reality star first teased that things weren’t quite as perfect as many fans have assumed in the teaser for the show’s upcoming 11th season.

You can check that out below ahead of “The Real Housewives of New Jersey” season premiere next Wednesday, February 17 at 9 p.m. ET on Bravo. 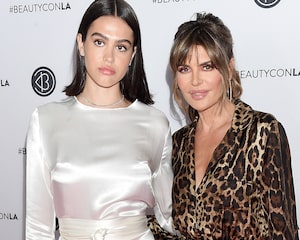