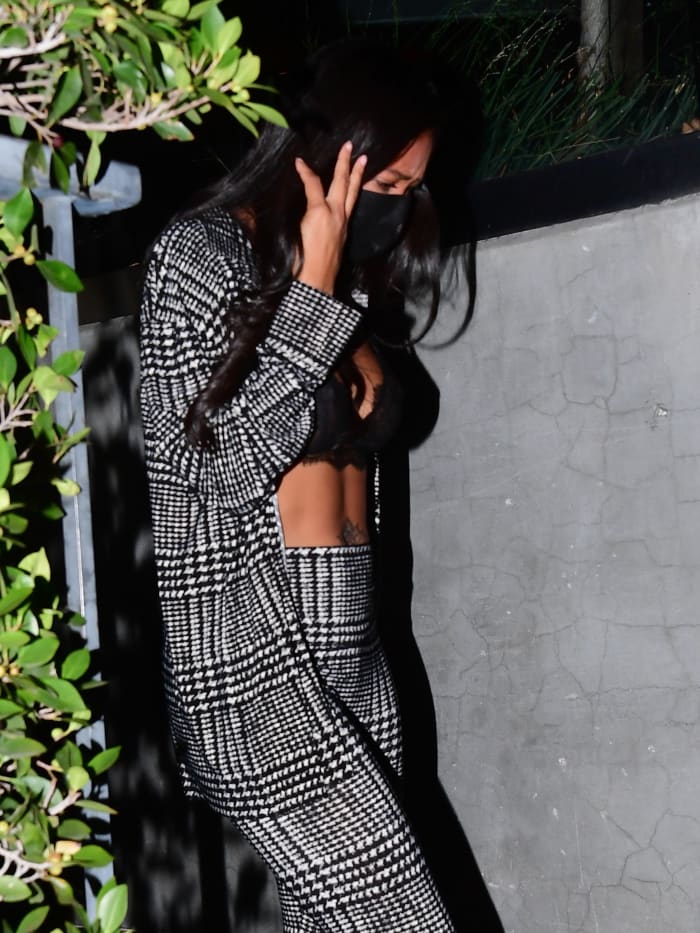 MTO News has confirmed that billionaire hip hop producer Dr Dre is dating Apryl Jones from Love & Hip Hop. The couple were spotted out on a date last night, and the couple hopped into Dre’s $500K Rolls Royce truck.

We’re not able to confirm HOW serious the relationship between Dre and Apryl is – but the two seemed to be really into each other. And given Apryl’s outfit – she was clearly trying to get a rise out of the 53 year old mogul.

And here are more:

DRE AND APRYL WALKING TO THE TRUCK TOGETHER

APRYL WAS WEARING A SEE-THROUGH BLOUSE TO THEIR DATE

Apryl is best known for being one of the stars of Love & Hip Hop Hollywood, and she’s also R&B singer Omarion’s babys mother.

Dr Dre is currently in a very messy divorce. We wonder whether Dre’s estranged wife may try and drag Apryl into this mess.