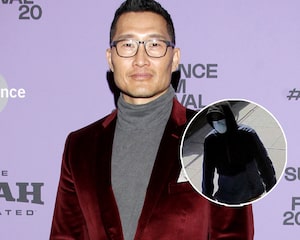 A pair of Louisiana sanitation workers are being hailed as heroes after they helped rescue an abducted 10-year-old.

On Sunday, state police issued an Amber Alert for Jalisa Lasalle, last seen getting into a grey 2012 Nissan Altima, warning she was in imminent danger.

The following morning Pelican Waste & Debris employees Dion Merrick and Brandon Antoine were driving their route when they spotted a suspicious car hidden away in a field; they immediately recalled the alert on their phone, and sprang into action.

Crossing their massive truck onto the wrong side of the road, they blocked off the only dirt road access to the field to prevent the car from escaping, before calling 911.

Merrick jumped on Facebook Live as the police arrived to rescue the little girl and arrest the suspect: 33-year-old Michael R. Sereal, a family friend — and convicted sex offender.

“I was on my trash route, I just seen this grey car parked in the field… there was a dude who had the little 10-year-old girl,” Merrick said in the video, as police can be seen making their way to the car. “I just saved that little girl’s life. They got him now.”

“Something told me, something told me… I said what’s that car doing way tucked off in the field like that? Guess what — that’s the dude with the little girl.”

“People act like they see stuff, but they don’t want to say nothing. That little girl is safe now,” he added, revealing that he too is the father of a little girl. 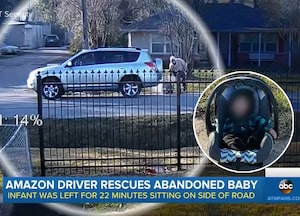 “Great job gentlemen, thank you for your assistance,” one of the officers can be heard telling them, promising he will call their supervisor to help with their very valid excuse for being late.

In the video, which has now been viewed almost 2 million times, he also addresses the family of the rescued little girl.

“You need to fall on your knees and thank God, cause it could have been worse bro,” he says. “’cause I’m looking at these woods, anything could have went on.”

According to KATC, Sereal was booked without bond for aggravated kidnapping of a child and failure to register as a sex offender.

Court records show Sereal was charged with forcible rape of a 14-year-old in May 2006, but was allowed to plead guilty to a lesser charge of carnal knowledge of a juvenile. He was sentenced to ten years hard labor, but the sentence was suspended in place of supervised probation for five years. However when he failed to register as a sex offender as ordered, he was jailed for six years. 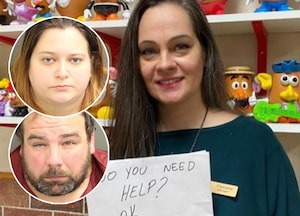