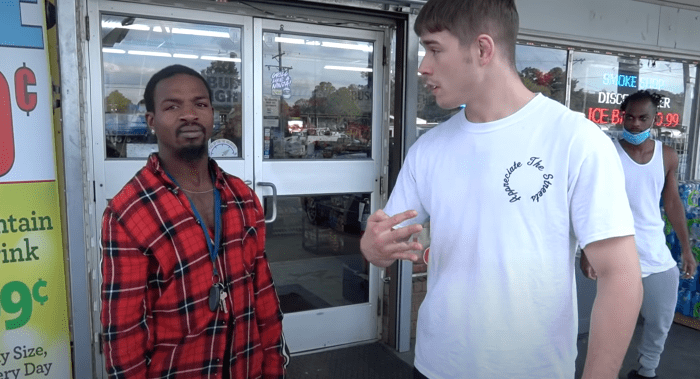 A popular Youtuber, who is known for traveling to low income Black neighborhoods to “prank” people, has been shot and killed, MTO News has learned.

Police in Tennessee are investigating after a man was shot and killed Friday night during a robbery “prank” for a YouTube video.

Nashville police responded to the parking lot of an Urban Air indoor trampoline park at 9:25 p.m. When they arrived. David Starnes Jr., 23, was on the scene and admitted to shooting 20-year-old Timothy Wilks.

Witnesses told detectives that Wilks and a friend were participating in a “prank” robbery as part of a YouTube video when they approached a group of people, including David, with butcher knives.

David said he was unaware of the prank and believed that his life was in danger. The African American man pulled his legal firearm, and shot David to defend himself and the people he was with.

No one has been charged in the Youtuber’s death. The investigation is ongoing.

Here is a sample video of the type of videos that the Youtuber created: