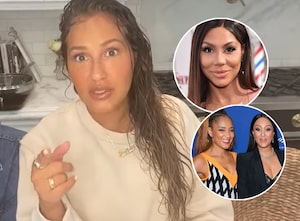 “I am not sure that I could attempt the dance. Like I need a practice! I don’t know how people do TikToks. I’m going to need like a week leading up to my TikTok performance. That’s insane!”

Adrienne Bailon-Houghton is thriving since moving back to her hometown of New York last year.

The inimitable entertainer has been enjoying time with her family, recording new music with husband Israel Houghton, getting ready for a second season of “I Can See Your Voice” and virtually taping “The Real”… all while soaking up the TikTok videos featuring her hit songs from The Cheetah Girls.

TooFab caught up with the multihyphenate star on Thursday and got the 411 on all the exciting things happening in her life.

How has the move to the Big Apple from Los Angeles been so far?

“I am having the best time ever. I’m a New Yorker, like a true New Yorker at heart. I prefer New York. I enjoy the seasons. I enjoy the snow storm that we’re in. I love it. And my whole family’s here and I’m a super, super family girl. So it’s just been, it’s been amazing.”

She then hilariously explained how her mother is now her at-home “wardrobe stylist,” while Israel takes over “tech” duties. 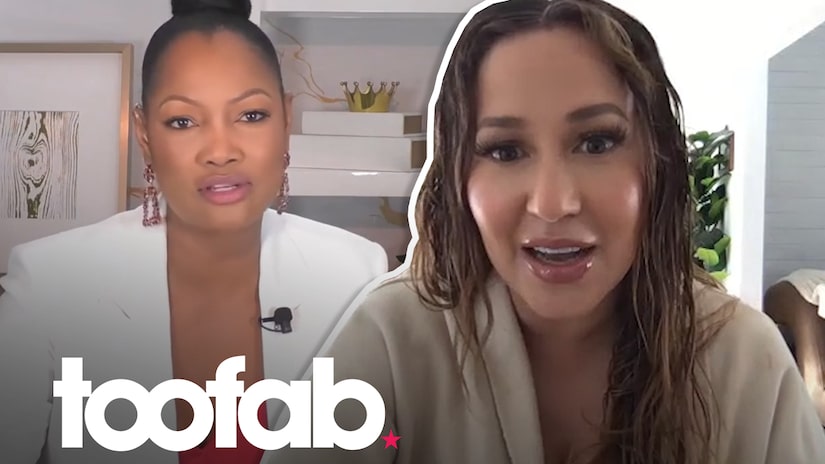 “My mom literally will tell me, ‘Um Adrienne, it’s eight o’clock at night and you haven’t sent me what you’re wearing for tomorrow.’ I’m like, ‘Oh, excuse me.’ And Israel will, like, get some of my breakfast ready for me. Everyone is really pitching in and it’s just been so much fun.”

What are your tricks to figuring out who has a good singing voice without actually hearing it on “I Can See Your Voice?”

“So I use a few things. My favorite challenge is definitely the lip-sync challenge. That to me is the one that really will give it away. You get to see if they’ve got any great stage performance. If they have great performance skills, that might mean like, ‘Oh, they take this very seriously. They’ve obviously have done this before.’ But here’s where it gets difficult. There are some incredible singers, vocalists who don’t have great stage presence. I just feel like that’s where it becomes a doozy, but that’s the best thing to do.

“So 1. See if people have great stage presence and 2. Look at their mouths! It takes certain movement of your mouth to get out certain sounds. So I want to know that you’re making your mouth do what would have created the sound I’m listening to. So those things, and I try to use my Cheetah Girl and 3LW experience to help out.”

Showing off her quick wit once again, Adrienne joked about why she’s excited for the new season of the competition show to start.

“I will finally have my hair and makeup done by someone else and it will be amazing.” 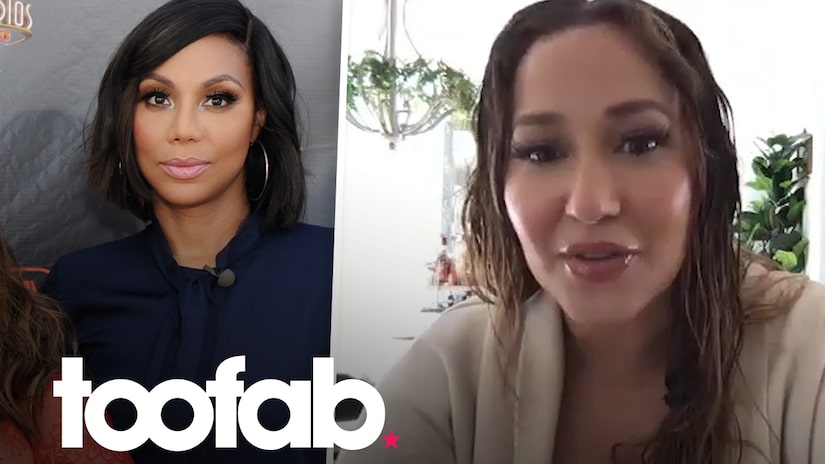 Do you ever get dirt about “The Real Housewives of Beverly Hills” from your co-host on “The Real,” Garcelle Beauvais?

“Of course. Of course! And we don’t just try to do it, our guests do it as well! Our guests will come on the show and we’re interviewing them and then when it goes to break, they’re like, ‘So Garcelle, do you believe Denise Richards? Are you sticking by your girl?’ And, of course, Garcelle, who is really her friend, will be like, ‘I’m not saying a word.’ Or we get a little bit of tea.”

Speaking of “The Real” co-hosts, how was the transition with Tamar Braxton’s exit?

“I think it was really seamless, you know, we had had the whole summer off. I think what’s important to know is that we really are friends in real life. And I think that made the transition easy that when you see your girlfriend — you know, she at the time was living in Napa. I don’t know if people know that Tamara was living in Napa and actually was flying in to do the show the last two seasons. So that, in itself, was like a lot for her. And we knew that she just had other career goals that she was excited about, like filming and producing films for Hallmark, which she wouldn’t be able to do with our rigorous schedule. So I think that while we were so sad for ourselves because we want to be able to go to work and see her face every day — we were really happy and excited for her as a friend.”

Tell us about the new music you are recording with your husband and his band, Israel & New Breed.

“It’s going well! Tomorrow our single comes out, which we’re super excited about. It’s called ‘Hymn of Breakthrough’ and it’s pretty much been our anthem through 2020 and going into 2021. Like we need a breakthrough, people, we need a breakthrough. So, I’m super excited about that. I love that. I get to be a part of this incredible project and getting to sing on it and really, funny enough, getting to do what I grew up loving and what first introduced me to music, which was singing in church.” 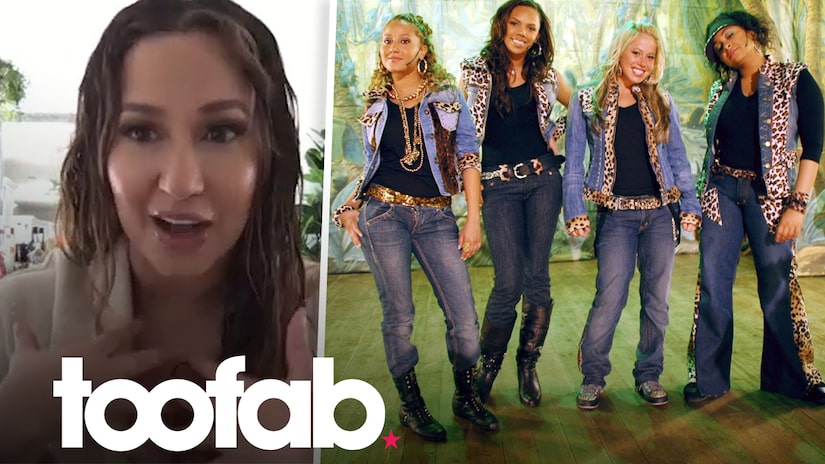 Regarding your amazing singing career, have you seen the incredible TikTok dances using The Cheetah Girls’ songs?

“I have seen it! And I am not sure that I could attempt the dance. Like I need a practice! I don’t know how people do TikToks. I’m going to need like a week leading up to my TikTok performance. That’s insane! But, honestly, it is so cool. I am watching right now the Fran Liebowitz and Martin Scorsese documentary series ‘Pretend It’s a City.’ And she talked about how she believes that musicians are the most loved people because, you know, they bring back so many memories — whether or not it’s the greatest song ever. It has nothing to do with that, it actually has to do with people’s personal connections to those songs. And I looked at my husband, I’m like, ‘That’s why people love you.’ And he turns to me and he’s like, ‘Adrienne, that’s why people love you because you remind them of their childhood.’ It’s not about like, ‘Oh, I have the best voice’ or ‘Oh, ‘The Party’s Just Begun’ is the best song ever.’ No, it’s because it’s attached to people’s childhood memories and good times. And that, to me, in that moment last night, I literally was like, ‘That is the coolest thing ever.’ And it’s what I’m definitely most proud of in my career.”

You must still get a lot of love from The Cheetah Girl fans then?

“Yeah, when people tell me, ‘You were my first concert’ or ‘My bedding in my bedroom as a child was Cheetah,’ I just think that’s so awesome. At some point I am going to attempt to create like a vault of all those pieces of all the merchandise, all the stuff that we had from Cheetah Girls cause I’d love to save that for my children in the future.”

“Literally we had alarm clocks, bedding, wrapping paper at stores, cards to give for people’s birthdays. We had toothbrushes that sang our songs. I’m missing a few of the pieces. I need the bedding. We had a whole Sears collection of clothing and I don’t have all those pieces, but I feel like if I told my fans, ‘Help me collect everything,’ I think they’d definitely help me out.” 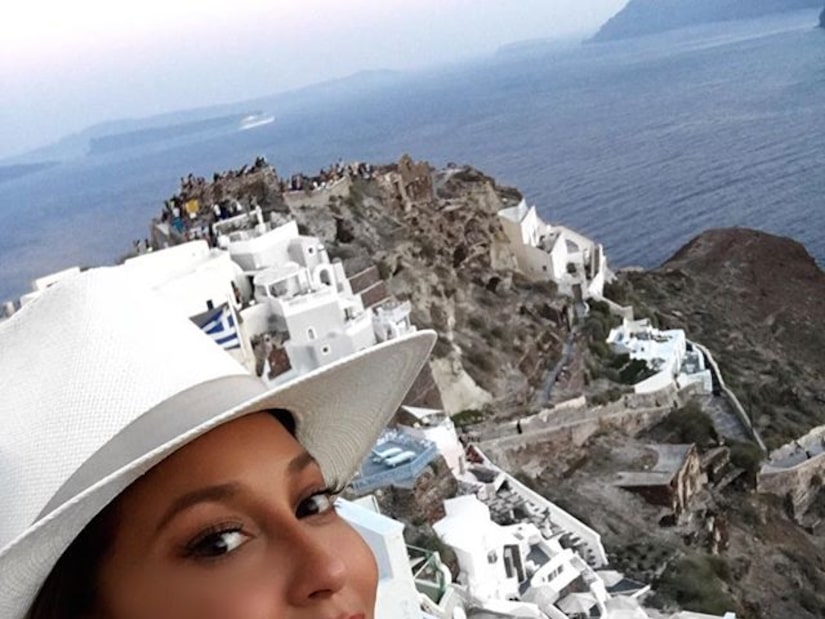