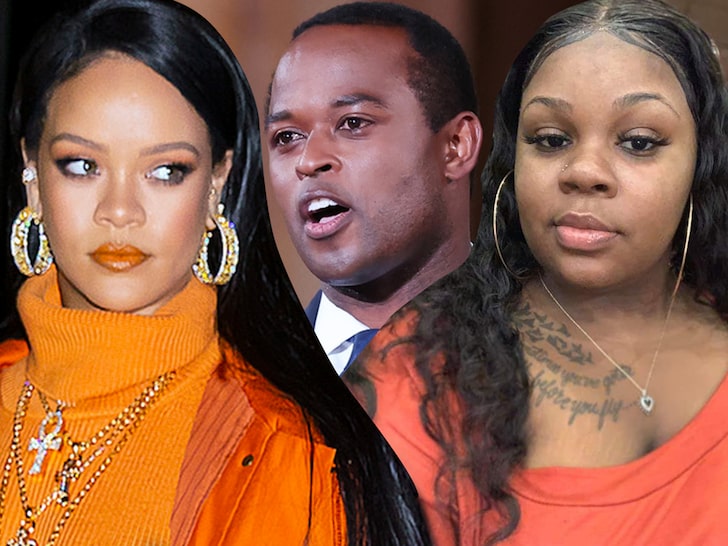 Rihanna is once again calling out Kentucky Attorney General Daniel Cameron for his handling of the Breonna Taylor case … dragging him on the first day of Black History Month. 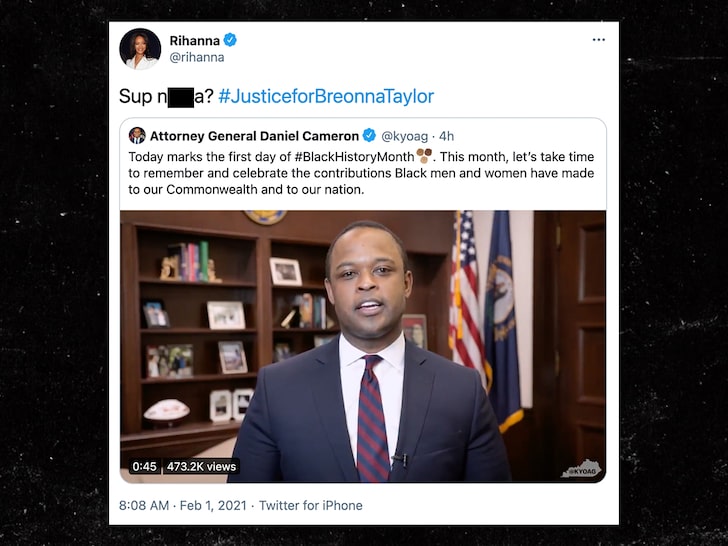 RiRi ripped Cameron on social media Monday, responding to a Black History Month video he posted on Twitter. Her dig at him was short and definitely not sweet — she simply said, “Sup n***a?”

Today marks the first day of #BlackHistoryMonth. This month, let’s take time to remember and celebrate the contributions Black men and women have made to our Commonwealth and to our nation. pic.twitter.com/nmpitBDyAb

In his video, Cameron — the first Black man elected to statewide office in Kentucky and the commonwealth’s first Black A.G. — says he’s standing on the shoulders of the great Black men and women who came before him.

Rihanna’s not feeling it … remember, 3 grand jurors in Breonna’s case called for Cameron’s impeachment after claiming he lied about putting possible homicide charges on the table for the Grand Jury.

As you know, no charges were filed for the killing of Breonna … just one charge of wanton endangerment against Brett Hankison, for firing his gun into her neighbor’s apartment.

Lots of folks are loving Rihanna’s tweet … telling her to keep going after him.