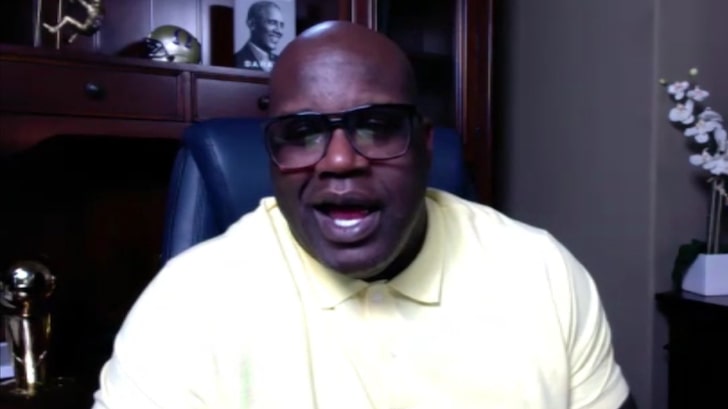 Shaquille O’Neal thinks the Patriots did Tom Brady dirty at the end of his run in New England — and he LOVES that TB12 stuck it to his old squad by taking his new team to the Super Bowl!

Shaq, who’s hosting “The Shaq Bowl” next weekend, was raving about the 43-year-old QB’s incredible career when he brought up Tom’s exit from NE … and he didn’t exactly mince his words.

“The way he came in … this is his 10th Super Bowl and [to] play with a franchise and then the franchise kinda [says], ‘Oh, you’re old, bye!’ and he said ‘Okay, you don’t wanna take care of me, after all, I did for this city? Watch this!’

“[Then he] goes to another a city, promises them a Super Bowl and delivers??? Wooo!!!”

Tom’s not the only Bucs star who left his team in messy fashion — Shaq says he personally counseled Leonard Fournette after the Jacksonville Jaguars waived the running back in August.

“They did him kinda dirty in Jacksonville,” Shaq says … “I had a conversation with him. I told him to keep his head up. So, when he was going to Tampa I said, ‘Hey, man, this is your chance to let everybody know they were wrong about you.'”

The Bucs have their work cut out for them — with young superstar Patrick Mahomes leading the K.C. Chiefs … and Shaq can’t wait for the matchup!

“This is what I like to see in championship games — the old versus the new. Is it gonna be the old guy to continue to dominate? Or will the young guy finally come in to say, ‘Hey, I know you’re Tom Brady but this is my time to shine?!'”

“I used to watch these type of karate movies growing up because at some point, the student must kill the master to become the master.” 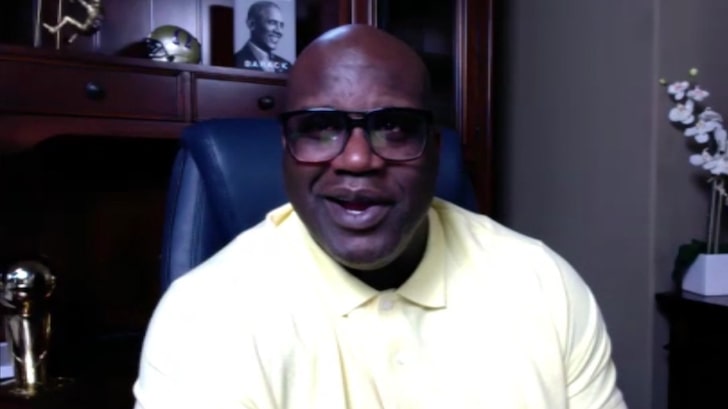