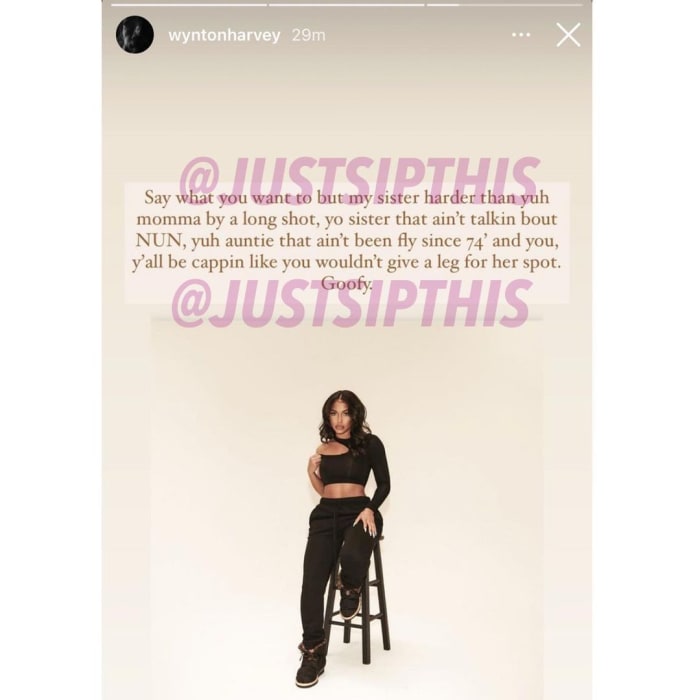 Steve Harvey son, and Lori Harvey’s step-brother, Wynton Harvey went on Instagram yesterday to defend Lori from a pack of online trolls who referred to the 23 year old beauty as a “thot.”

MTO News learned that Wynton had enough of the slander against his sis to he confronted the haters head on. Wynton wrote, “My sister is harder than [your] momma.”

He continued, “y’all [would] give a leg for her spot.”

In Wynton’s post he also roasted the haters’ sister and their auntie too.

Here are some pics of Wynton:

Steve married Lori’s mother Marjorie in June 2007. Steve claims that Marjorie is responsible for making him a better man and changing his life. Marjorie Harvey is mother to three children (Morgan, Jason, and Lori), all of whom Steve adopted.