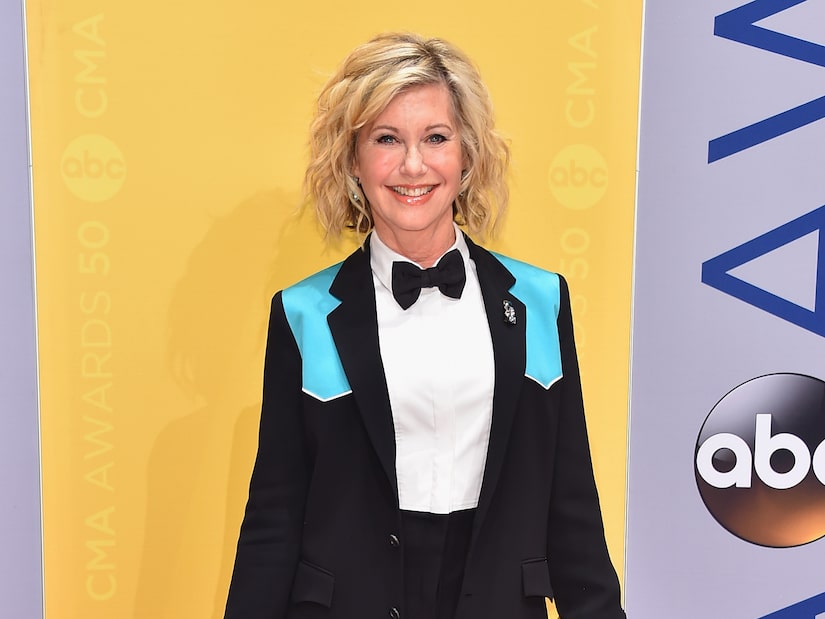 “Extra’s” Billy Bush spoke with Olivia Newton-John and her daughter Chloe Lattanzi as they promoted their new song “Window in the Wall.”

While Olivia said in the past that she wouldn’t record anymore, this song changed her mind. She said, “I was so moved by it and compelled to record it, and asked Chloe if she would sing with me.”

Chloe was “really touched” that Olivia asked her to sing on the song.

Of the song, which starts with “has this world forgotten how to love?,” Chloe shared while referencing the COVID-19 pandemic, “There’s just so much pain and misunderstanding and miscommunication. I think being isolated doesn’t help the situation.”

Along with discussing their song, Chloe opened up on her 10-year engagement to James Driskill and why they haven’t gotten married. She explained, “The reason that we didn’t do the marriage, it’s just because we’re lazy… like, ‘Ahh, I don’t want to deal with all these envelopes and people.’”

She stressed, “We’ve been married in spirit since the moment we met.”

Olivia also discussed her secrets to staying healthy after multiple cancer battles. She said, “Cannabis has been such a healing thing for me.”

When asked if she ever gets the munchies, Olivia answered that what she takes doesn’t “really create anything like that.”