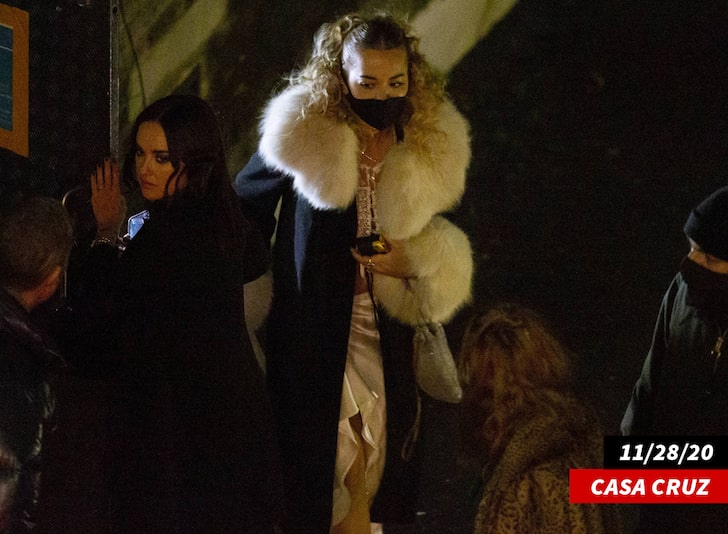 Rita Ora went to expensive extremes to hold her 30th birthday soiree during lockdown in London — paying almost $7,000 to make it happen … TMZ has confirmed.

The British singer was already in hot water for the November event she held at Casa Cruz because it violated London’s lockdown, but this new detail’s coming out because of an upcoming court hearing.

According to law enforcement … one of Rita’s reps offered a manager at Casa Cruz $6,829 for the joint to host the party. The manager told police he wanted to “facilitate” the occasion because he was “greedy” after his staff had been furloughed. 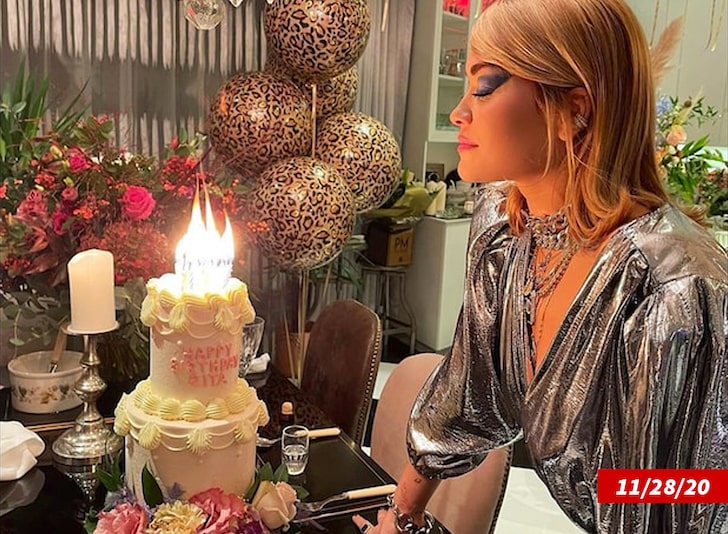 The manager also told police only 7 guests were supposed to show up … according to The Sun, which first reported the story.

Of course, we already know almost 20 showed up for the bash … which became a PR nightmare for Rita. As we reported, she eventually apologized for breaking the country’s COVID restrictions, admitting it was a “serious and inexcusable error of judgement.” 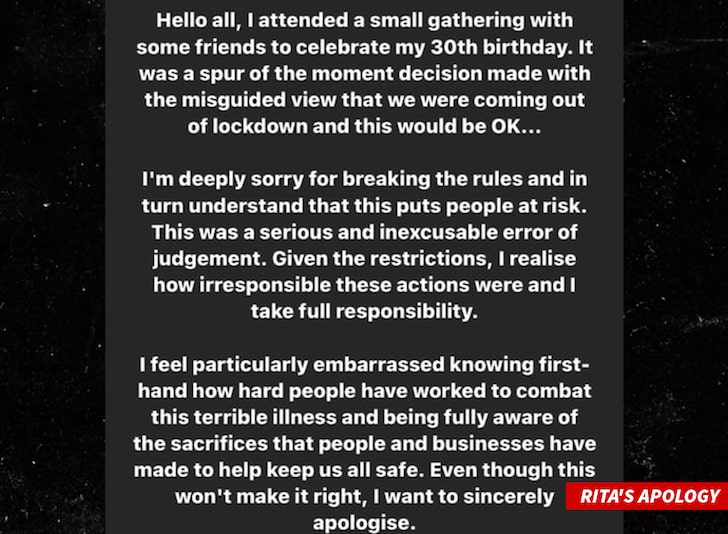 A local government official tells us there’s a hearing scheduled to decide whether the restaurant’s license will be revoked or if other measures will be taken against Casa Cruz following the incident. They are NOT investigating Rita’s payoff.

Rita was already slapped with a $12k fine for the party — while the manager who opened Casa Cruz for her party has since been fired.