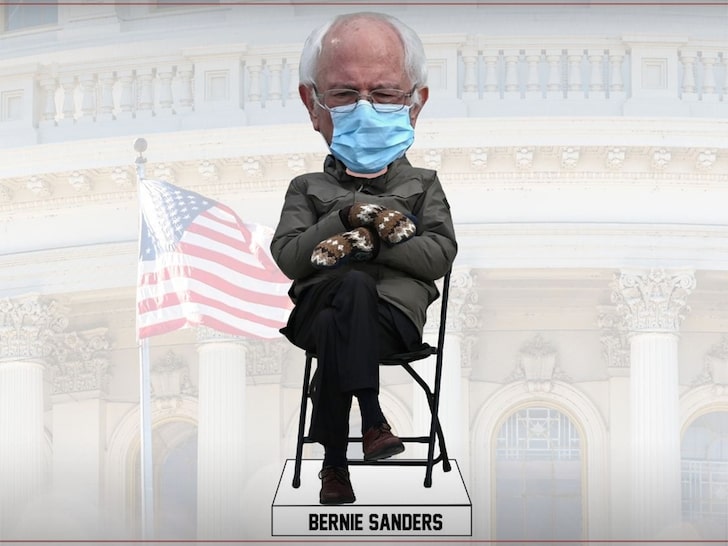 The Bernie Sanders bobblehead is ON FIRE — with roughly 20,000 people snatching up the special Inauguration Day figure … leading to a massive $10,000 charity donation!

Just moments after images of a bundled up Bernie went viral on social media — the folks at the National Bobblehead Hall of Fame Museum got to work designing a special googly-headed Bernie piece.

And man, did the people LOVE IT! We’re told the demand has been crazy — and the Bernie figure is already the 2nd best-selling bobblehead they’ve ever produced … behind Dr. Fauci, which is approaching 50,000 units sold.

Political bobbleheads have been popular since 1960 when the first bobblehead of President John F. Kennedy was made. Now we’re unveiling several new bobbleheads including an unexpected one featuring @BernieSanders from the inauguration. Pre-order now at https://t.co/KlAEygfVQZ. pic.twitter.com/up7biwA5V2

In fact, sales have been so spectacular, the NBHOF&M says it’s donating $10,000 to Meals on Wheels Vermont, Bernie’s charity of choice for sweatshirts his campaign is selling that featured the same viral Inauguration Day image.

So, who’s buying the Bernie bobbleheads?

We’re told at least one figure has been sold in all 50 states, nearly a dozen different countries and 5 continents. Bernie-mania is global.