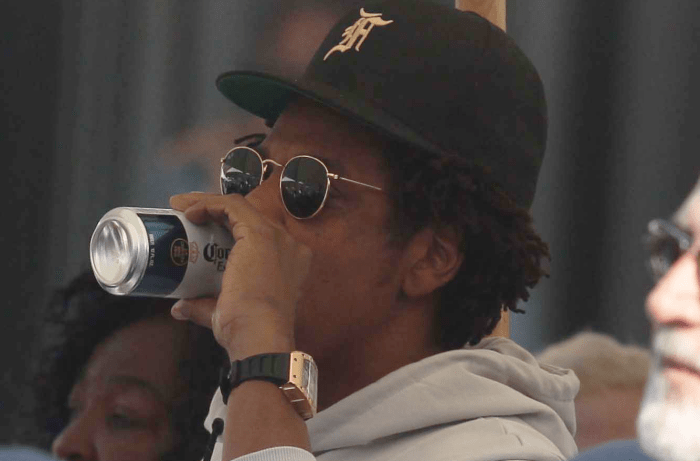 Jay Z reportedly cut a secret deal with Donald Trump, where Jay Z agreed that he and Beyonce would NOT support Joe Biden. In exchange, Jay Z’s right hand partner and CEO of Rocnation, Desiree Perez would receive a presidential pardon.

MTO News is hearing that the pardon was important for billionaire Jay, because he and Desiree are getting into the weed business. And California law prohibits a convicted felon from running a cannibis business.

Here’s what they are saying at the ver-reliable Variety magazine:

Perez’s pardon took many by surprise and also spurred some questions related to the Roc Nation roster, namely: did efforts to obtain the Presidential favor explain why so few Roc Nation artists campaigned on behalf of the Democratic ticket, both in the Presidential race and in Georgia, where two Senate seats were hotly contested?

While Alicia Keys and Megan Thee Stallion showed support on social media and through other organizations, their participation hardly compared to appearances Beyonce and Jay-Z made on behalf of the Obama-Biden ticket.

While the number of voters who might be swayed by celebrity endorsements might not seem overly significant, in a race that both sides knew was likely to be decided by razor-thin margins in many districts and states, Republicans knew that every vote they could keep out of the other side’s camp was important. A source close to the situation stressed that Roc Nation does not impose itself in its artists’ political involvement.

Jay Z and Snoop Dogg To Do A Versuz Battle