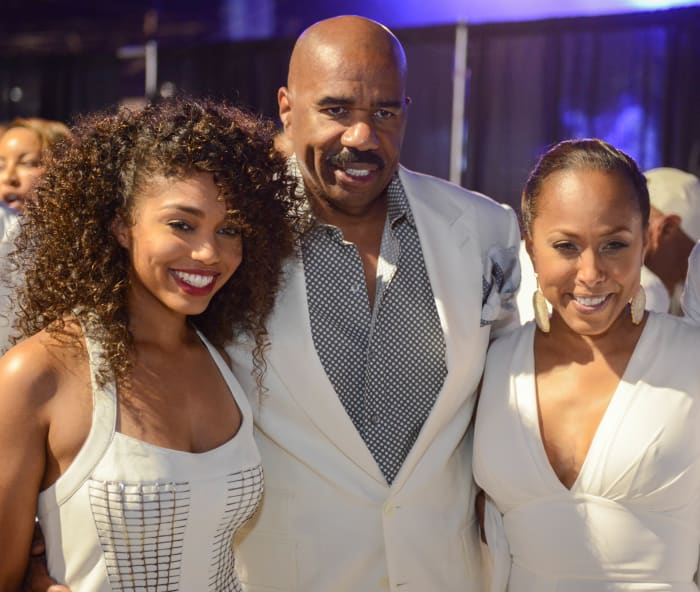 It seems like every other day new pictures of Lori Harvey and her boyfriend Michael B Jordan manage to leak online.

Well MTO News learned yesterday that now picture of Marjorie Harvey have just leaked online. The photos were taken a few days ago on Steve and Marjorie’s yacht.

And the “leak” of the images has some people wondering if Marjorie released the pics on her own, to receive some of the shine that her daughter has been receiving recently.

Some ever suggest that Marjorie may be low-key competing with her daughter.

MARJORIE FROM THE BACK – SHOWING HER MONEY MAKER

She has been married twice before her marriage to Harvey. Her first marriage happened with Jim Townsend in 1990, was a criminal and a drug dealer who was imprisoned for life. Marjorie Harvey met her ex-husband Jim at the impressionable age of 18, and their relationship lasted for a total of 7 years. She divorced Jim after five years into his jail sentence.

Her other marriage, also to an alleged former drug dealer, also ended in divorce.