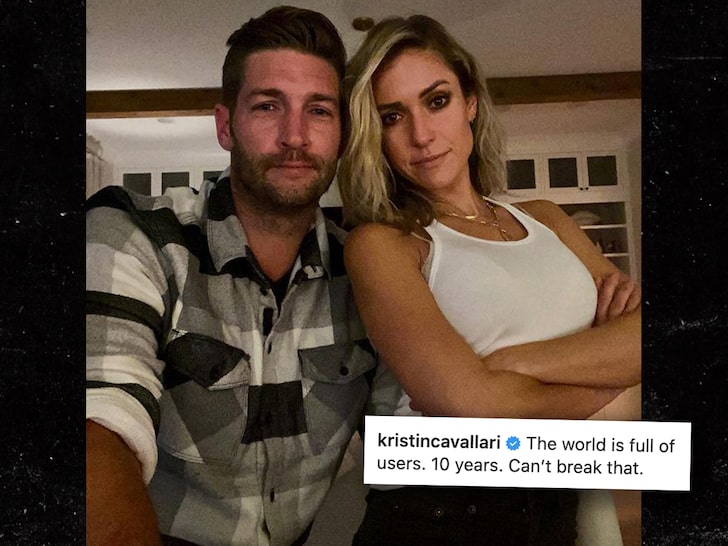 Kristin Cavallari and Jay Cutler are telegraphing things are copacetic with them, and maybe even more than copacetic … and they’re suggesting their divorce has somehow been mischaracterized.

Kristin and Jay each posted this pic of the 2 of them hanging out together, with the caption, “The world is full of users. 10 years. Can’t break that.”

There’s a lot that’s unclear here. Are they back together? Are they just saying they’re still a family and will happily co-parent? And, who exactly are the “users.”

It seems the “users” comment is directed at the media/social media, which characterized the divorce as contentious. If that’s the case, it’s a little bizarre.

As we reported, Jay filed for divorce back in April after 7 years of marriage. He asked for joint custody, but when Kristin filed her answer, the bitterness was apparent. She alleged “misconduct” on Jay’s part. Her answer read, Jay “is guilty of such inappropriate marital conduct as renders further cohabitation unsafe and improper.”

Kristin then insinuated Jay had accused her of “inappropriate marital conduct.” Her lawyer wrote, “any misconduct alleged or implied against her in the complaint for divorce was in response to and/or as a result of misconduct on behalf of the Husband.” That’s weird, because Jay never mentioned misconduct on Kristin’s part in his divorce petition.

Kristin had initially asked for sole physical custody of their 3 kids and only wanted Jay to have visitation.

Fast forward to September, when Kristin said there was NO scandal regarding Jay, saying it was simply a case where the marriage “just didn’t work out.”

It did seem like they were getting over the anger, because they agreed in September to joint custody and seemed to lower the temp. 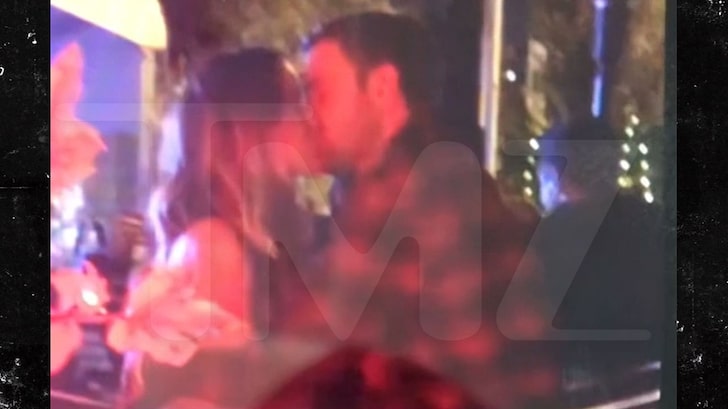 Kristin had been linked to comedian Jeff Dye since October, but their latest post now suggests … well, actually, we’re not sure.