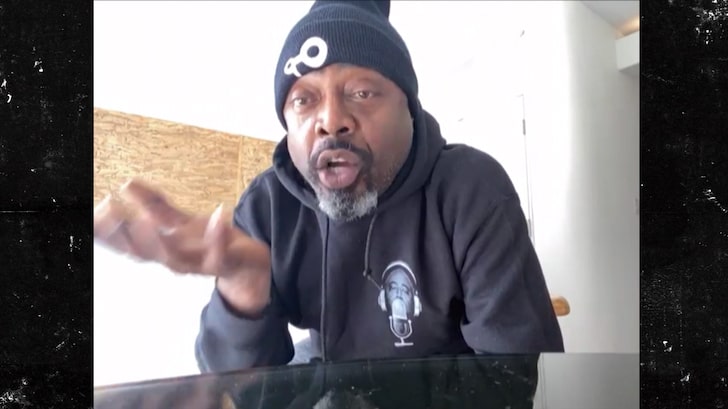 Dave Chappelle clearly thinks there’s nothing funny about potential exposure to COVID-19 — much less contracting it — because he went all out to keep his Austin shows as safe as possible.

That’s according to his pal, Donnell Rawlings, who joined us on “TMZ Live” Friday and revealed Chappelle had strict COVID protocols in place for everyone — from performers and staffers to servers and every single audience member.

Donnell tells us he’s never worked with anyone who takes as much precaution as Chappelle. In fact, Donnell says Dave dropped a whopping $300k to have people tested in his community of Yellow Springs, Ohio for his shows there last year.

As for how Chappelle contracted the virus … Donnell says he doesn’t know and wonders … how does anyone really know? That being said … he’s all down for strict measures, and he’s glad his comedian pal’s taking it seriously.

So much so … Donnell said, “Dave Chappelle is addicted to corona testing people so much he violated my nose for 2 months.”

TMZ broke the story … Chappelle canceled his Austin shows at Stubb’s Amphitheater following his positive test. Donnell says, “I texted Dave yesterday to check on him and I said, ‘I love you, brother’ and ‘we are gonna get through this.’ His response — “I know we will, but dammit, I thought it was gonna be you before me!”