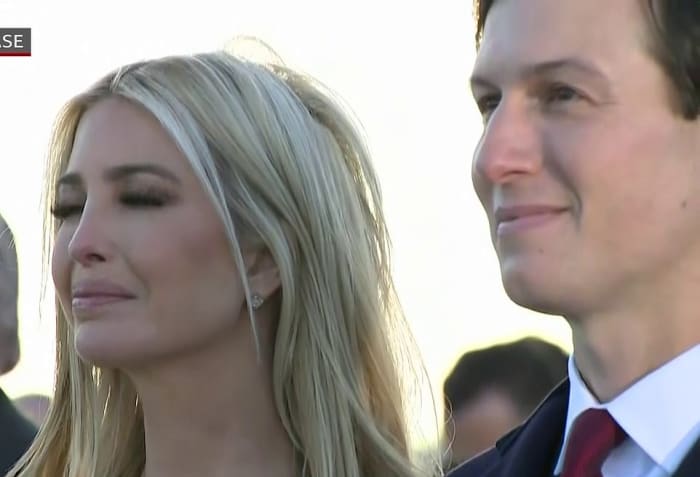 Ivanka Trump was spotted wearing what many ar evading a :bad weave” on her father’s last day as President.

As trump rode off on Marine One, to his life as a civilian – Ivanka was standing with her bad hair expansions flapping in the wind.

Here’s the full shot, showing her and her family:

And of course, Black Twitter is going in on Ivanka for wearing that ratty weave. They were going in on her so badly that the term “Ivanka weave” was trending on the social media platform that banned her father.

Ivanka and her husband Jared are planning on moving to Florida, to escape the public eye for a few years – so they can try and rebuild their image.

TRUMP LOSES HIS WIG ON THE LAST DAY IN OFFICE