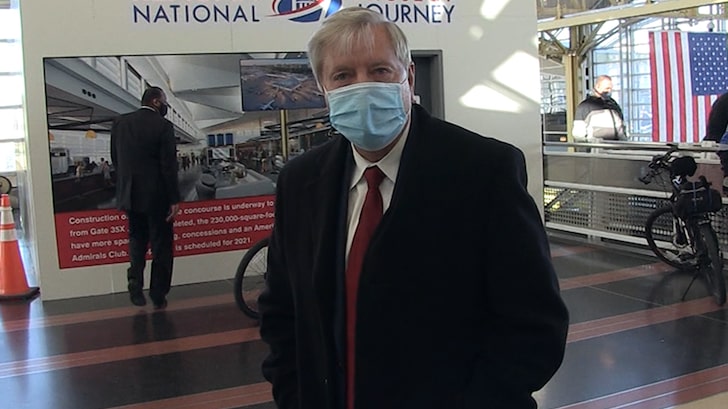 Sen. Lindsey Graham — one of President Trump‘s staunchest allies — says he’s riding with Biden, at least for Inauguration Day … but what happens after that is kinda murky.

We got the Senator from South Carolina Tuesday at Reagan National Airport, and asked him about Wednesday morning’s festivities, which on the surface seem like a logistical nightmare for him. His buddy Trump’s getting an early sendoff ceremony at Joint Base Andrews in Maryland — but, of course, he’s also on the guestlist for President-elect Biden’s swearing-in on Capitol Hill.

Graham told us he’s already decided to attend Biden’s Inauguration. That’s kinda surprising, considering a week ago he and Trump were still tight — LG even flew to Texas with POTUS.

So, is he ready for the backlash from Trump supporters? Ask his platoon of bodyguards!! The Senator was flanked by at least 8 very serious-looking dudes. 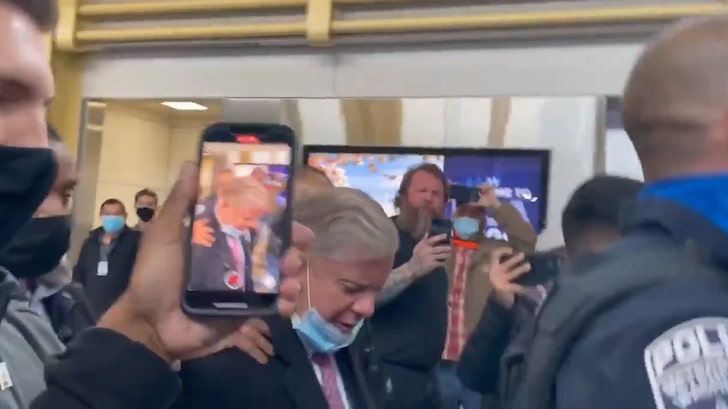 It was a much different image from his last time in this terminal — last week Trumpers gave him the business, blasting him as a traitor.

Despite his Wednesday plans, Graham’s not completely turning his back on Trump. In fact, he’s trying to get Sen. Chuck Schumer to dismiss the impeachment of Trump … according to Politico.

Still, Graham knows Trump’s base is pissed off at him, but he told us why he’s not letting them sway his decisions.