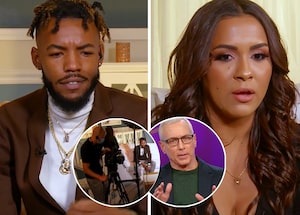 The reveal sent shockwaves through Briana’s family and even sparked a fight between her and her sister, Brittany.

“Teen Mom 2” star Briana DeJesus got the surprise of a lifetime while filming the most recent season of the MTV series: she had a teenage brother nobody in her family knew about.

Instead of making it part of the season which just ended, the footage was broken out into a special titled “Briana’s Family Secret,” which aired Tuesday night.

The hour began with Briana reacting to a DM she received on Instagram, after posting a photo of her mother Roxanne and her estranged father — who DeJesus said “disappeared” when she was just 17.

“Oh my goodness. You know that picture I put up of mom and dad, someone reached out to me asking if that was my father and that person knows who he is. They know dad,” Briana explained to sister Brittany. While Brittany actually has a different biological father, Briana’s dad adopted her before he abandoned them.

The IG message read: “I actually know him, he’s my cousin’s father. I don’t know if you knew, but you have a brother.”

As she continued to talk to the person on Instagram, she learned her brother’s name was Kevin, he was 14 and lived in New York. The boy also knew who she was and that they were siblings. Looking at the timeline, Briana’s father would have still been with her mother when he got another woman pregnant — she’d later learn Kevin’s mother was someone who used to take her and her sister to the park when she was younger. Their father wasn’t really an active part of Kevin’s life either.

“My whole life I thought I only had one sibling and that was Brittany and then out of nowhere, a 14-year old brother,” Briana said, reacting to the news. “At first I was upset, all these years nobody told me about it, that’s so messed up. The other part was like, that’s so cool, I have another sibling, I’ve always wanted more siblings.”

Briana then had to tell her mother what she learned and Roxanne was equally shocked. She reacted with tears, before grabbing her phone and leaving the room. “It opened up a can of worms I don’t want to deal with, but I have to,” she exclaimed. “This has nothing to do with the boy. Now, where do we go from here?”

“I hurt for you,” she told her daughters. “As a mom you don’t want your kids to feel unnecessary pain.”

Briana and Kevin eventually connected over the phone, though the boy didn’t want any of their conversations shown on the show. The first chat went well, with Briana deciding she’d take a trip to New York to meet him. She said Kevin told their father they were in contact and he thought it was “cool,” but her dad wouldn’t respond to her and “blocked my number.” 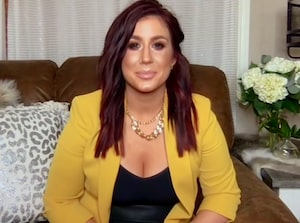 DeJesus went to NY and met up with Kevin, again off camera. “It wasn’t awkward, we all got along, we clicked right away,” she told her mother after they hung out. “We ate, we played games and I took him to the Nintendo store and I got him a game. It was fun, we talked about our parents, spoke about dad a little bit. I feel bad for him.”

When Briana got back from NY, the trip caused some major friction between her and Brittany. You see, Brittany had asked her sister to hold off on meeting Kevin until she returned from a month-long vacation in Korea … something Briana did not do. Being shut out of the first meeting made her feel, for the first time, like she and Briana were truly only half-sisters.

“It’s all about Brittany,” exclaimed a frustrated Briana. “The conversation always has to go back to her.”

With another trip to NYC on the horizon for a “Teen Mom” reunion, Briana invited Brittany and said they could meet Kevin together then — but Brittany wanted no part of it. She felt the damage was done and no longer wanted to meet him herself.

While nobody ended up seeing the boy during the reunion trip due to their quick turnaround time, the episode ended with Kevin and some of his family members traveling to meet Briana and Brittany.

“We all hung out together, we just have been having a good time,” explained Brittany. “I’m super excited that I get to start a new life with my brother.”