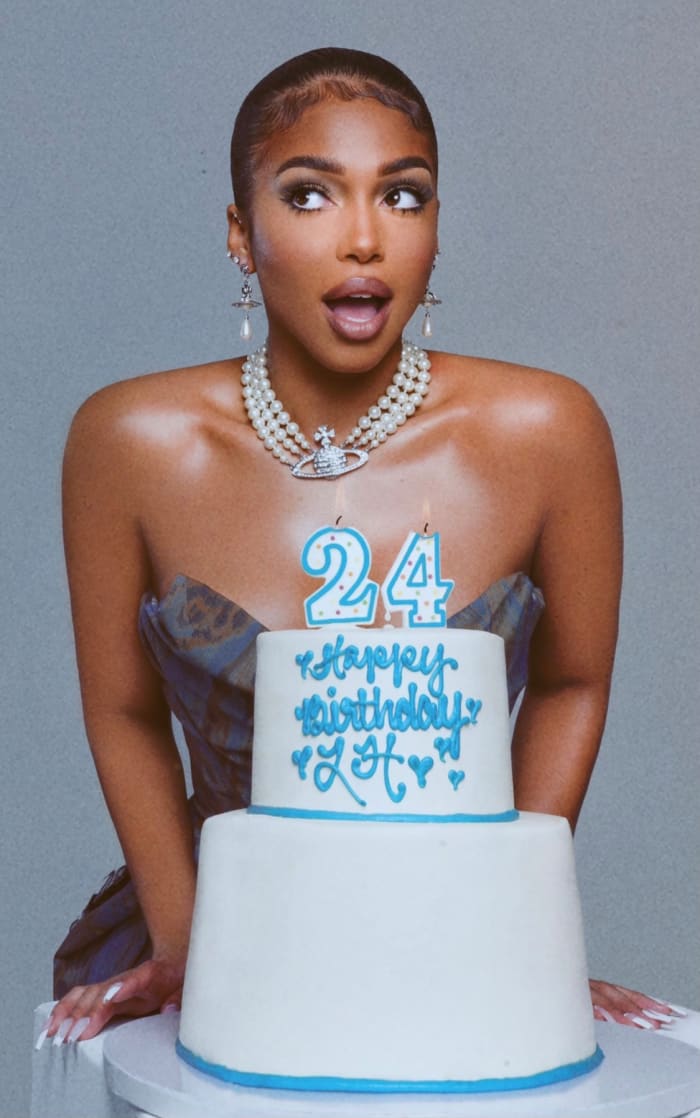 Lori Harvey turns 24 soon, and so she released some exclusive birthday pictures from a recently scheduled photoshoot. And Lori Looks amazing.

And Lori had a star studded birthday party inside her father Steve Harvey’s GIGANTIC Atlanta mansion. Steve recently bought the second largest house in the State of Georgia. The only mansion bigger that Steve’s – is Rick Ross mansion (which was originally owned by Evander Holyfield).

The party was maskless – but only close family and friends were invited. Steve and Marjorie spent close to $100,000 turning their home into a ballroom, and later on in the evening, into a nightclub.

But calling the event that Marjorie put together a party, doesn’t do it justice – according to one person at the event. The insider told MTO News, “It was more like a birthday gala than a birthday party.”

Here’s a video of the gale – please take notice of all the elegant decor that Marjorie created for her daughter:

Here’s video from the party.

We know what you’re wondering – was Lori’s new boyfriend Michael B Jordan in attendance? MTO confirmed that Michael was NOT there. He told Lori that he had Hollywood business to take care of in Los Angeles.

It actually raised a few eyebrows in the Harvey clam that Michael missed the event. But everyone is still cautiously optimistic about what’s going to end up happening with Lori and Michael.

He did post a video celebrating Lori on his IG: