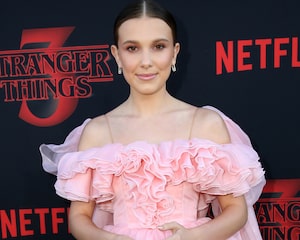 “I thought he was going to shoot me in the head. Honestly.”

David Dobrik says a fan trespassed into his property — twice.

During the latest episode of the YouTube stars joint podcast “VIEWS” with Jason Nash, Dobrik recounted the invasion.

“Well I’m laying in bed, and Ella’s there. She’s like running through what we have to do, and we ordered Door Dash like an hour ago for breakfast food, and they leave it by the door,” Dobrik recalled. “Five minutes later a guy walks into my room and goes, ‘Here’s your food. Hi David!'”

Waiting for your permission to load Spotify episode.

David noted he wasn’t wearing his glasses because he had just woken up so he couldn’t clearly make out exactly who was standing in his room, while his assistant Ella yelled, “You need to leave. You need to leave!”

The 24-year-old influencer revealed, “He wasn’t our Door Dasher. He was just some kid who had picked up our food from our doorstep and came into my room to deliver it to me.”

“I had seen the guy. The kid came to the door like a half an hour before. And he knocked. And I was like, ‘Sorry you have to leave. This is private property,'” Ella explained. “As soon as he walked into David’s room I recognized him.”

Unfortunately, after walking out and ordering the fan an Uber to go home, the trespasser returned later that night for yet again, another terrifying confrontation.

Waiting outside David’s home in the dark, the intruder was dressed in a hoodie with his hands tucked away in his front pocket, David screamed, “‘Put your hands where I can see them!’ I kept screaming at him. And he wasn’t. I was like, ‘We’re calling the police.’… I thought he was going to shoot me in the head. Honestly.”

While Ella admitted, “When we were outside with the kid… I thought about if I was going to step in front of you if he pulled out a gun.”

Luckily, the police arrived promptly and quickly removed the intruder from Dobrik’s residence.

This isn’t the first time something like this has happened to Dobrik, and unfortunately it’s become a reoccurring incident with other social media stars like James Charles and Hype House co-founder Thomas Petrou who have previously dealt with security breaches at their homes after fans tried gaining access to their property in hopes of meeting them.

please stop showing up at my house. i will not hug you, i will not take a photo with you, and i absolutely will not sign your palette. it is extremely disrespectful & makes me feel very unsafe in my own home. respect people’s privacy, it’s really not that hard.

Waiting for your permission to load Vimeo video.

Guys please respect David’s privacy & STOP showing up to his house!! He deserves to live a normal life & have privacy!! @DavidDobrik pic.twitter.com/RgaoLZ0VFk