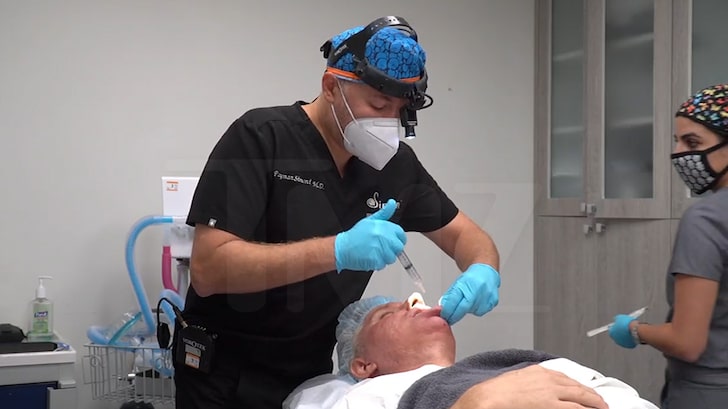 Dr. Payman Simoni — the Beverly Hills plastic surgeon who died from COVID-19 — performed the same procedure that led to his death weeks before … for a reality show.

Patrik Simpson, who appears on “Gown and Out in Beverly Hills,” tells TMZ … he filmed with Dr. Simoni in November and December for an upcoming episode, going under the knife — without a mask — for a lip lift.

Remember, Dr. Simoni died Friday after being hospitalized with COVID-19 … and family sources told us he contracted the virus after performing a lip injection on a maskless patient who coughed on him, and tested positive for COVID days later.

Patrik tells us he was instructed to get a COVID test before surgery, and he tested negative. The woman who allegedly infected Dr. Simoni, however, was not tested beforehand and only did a temperature check and COVID questionnaire at the practice. 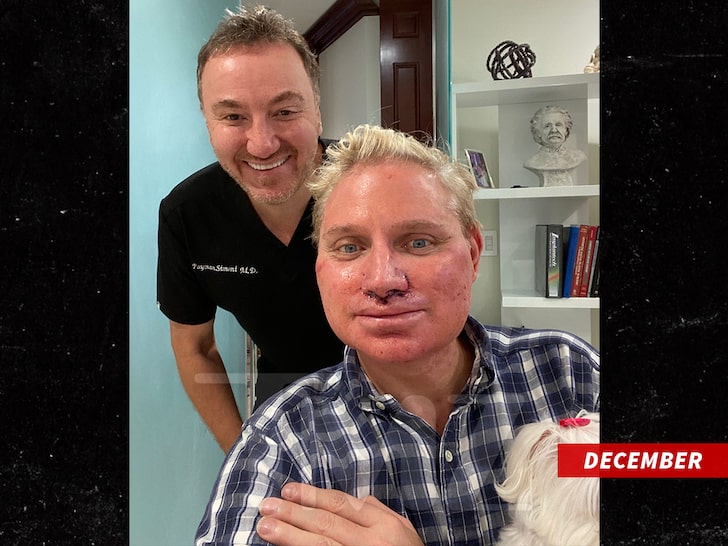 We’re told Dr. Simoni was wearing a mask during Patrik’s elective surgery, just as he was with the other patient, but get this … the doc posed for a maskless photo with Patrik last month during a post-op appointment.

While filming ‘Gown and Out’ with Dr. Simoni, crew for the show also had to test negative to keep working and there were a small number of folks involved in production, with no other patients … Patrik tells us.

It’s super sad … Patrik says he sent Dr. Simoni texts on Christmas and New Year’s Day, but was alarmed when there was no response. The doc died Jan. 8 from a brain hemorrhage after being placed in a medically induced coma.

Patrik says his episode with Dr. Simoni will be released on Prime Video in April, and the show will honor Simoni’s death.