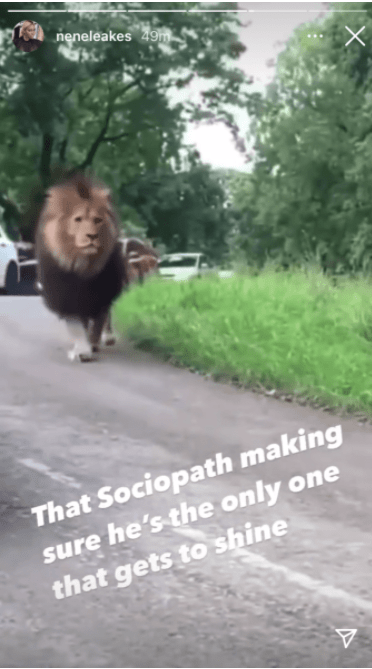 NeNe Leakes is continuing her attack on Bravo and has called exec Andy Cohen a “sociopath,” and has accused him of being “manipulative.”

NeNe shared two video clips of a lion walking around a parking area. on her Instagram Story. In one of the clips, NeNe wrote, “That sociopath making sure he’s the only one that gets to shine.”

On the other clip, she added, “Everyone is manipulated.”

Last week, the former Real Housewives of Atlanta star called for her supporters to boycott the show:

“Let’s start it! What are we waiting for? A lot has happened, and support is much needed. We all need must stick together in all racial discrimination situations. The viewers’ eyes were tricked,” NeNe tweeted.

She continued, “Y’all ready to start this boycott yet? What has happened behind the scenes is WRONG! While others were being promoted, BLACK WOMEN who created shows, created genres, built franchises, and built networks were being DEMOTED…TURN OFF YOUR TV’S.”