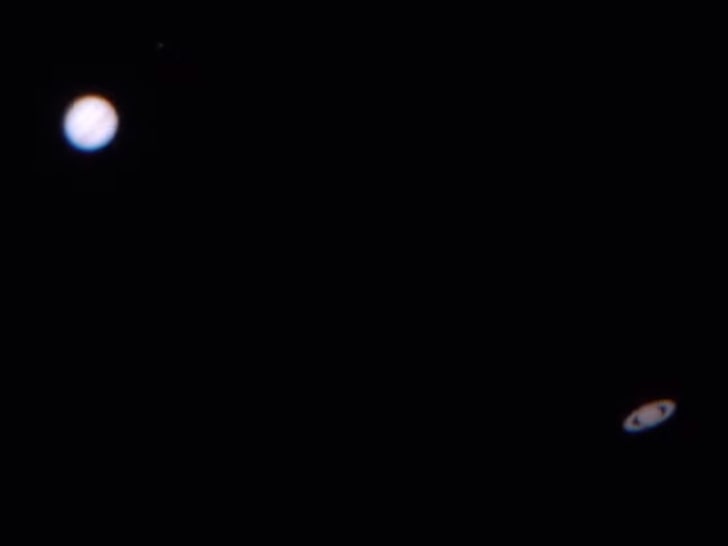 If you saw an extra bright star in the sky Monday evening, you’re not alone — our Solar System’s 2 biggest planets crossed paths … closer than they’ve been since the year 1226!!!

Monday’s winter solstice — the longest night of the year — happened to coincide with a rare celestial occurrence star-gazers call the Great Conjunction, when Jupiter and Saturn align in their respective orbits around the sun … only this time, they got extra cozy in space.

The #ChristmasStar seen from Pleasanton, CA with my super duper smartphone. pic.twitter.com/3gcuuwNDtl

While Jupiter will pass Saturn every 20 years, the last the gas planets appeared as together as they do this right now was some 800 years ago. That time, they nestled up too close to the sun, so hardly anybody could see. Now, they’re crystal clear in the night sky.

It’s a rare, cool thing … one that’s colloquially been called the “Christmas Star” — y’know, from the Bible and all. The planets might look conjoined to the naked eye, but even then — they’re about one-tenth of a degree apart from our vantage point.

some pictures from different places around the world of the phenomenon known as #GreatConjunction that is currently taking place, during which Jupiter & Saturn converge to the maximum extent 🤩
this phenomenon will not be repeated until 2080 pic.twitter.com/Mxh8LMf1y6

Up there, though, they’re really hundreds of millions of miles apart. Still, there’s no way you could’ve missed their closest point Monday if you looked to the southwest shortly after sunset … assuming weather conditions allowed for a peek. Tons of folks snagged photos too.

Jupiter and Saturn will remain in close proximity for the remainder of the month, but after that, they’ll drift back apart to their usual distance.

Just think … NONE of us will be around the next time it happens. Pretty neat we were able to see it, huh?!?