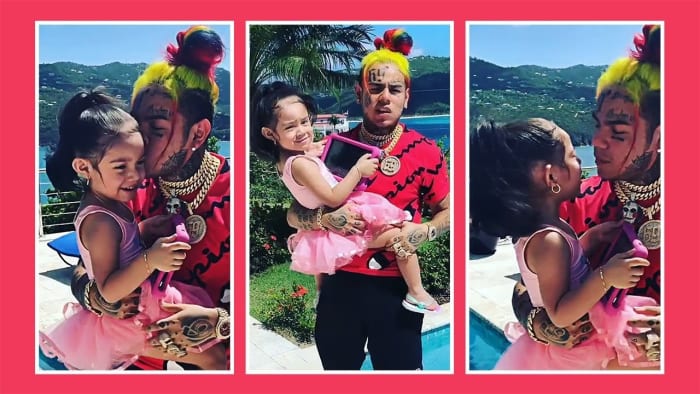 Rap superstar Tekashis 69 is known for his trolling as much as his rapping.MTO News learned that Tekashi showed off a Christmas gift that he planned to give his daughter – a “My dad a rat” sweatshirt.

Twi years ago, Tekashi snitched on most of his close friends – in order to avoid serious federal prison time. As a result of the snitch rapper’s testimony, dozens of men were sent to prison – to serve out more than 100 years.

Tekashi – in exchange fo this cooperation – received a little less than a year in prison time.

And he seems pretty proud of his decision to become a snitch, or a “rat” as commonly referred to on the streets.

So proud that he even wants his daughter to celebrate it.

Here’s the sweatshirt that the millionaire rapper bought for his daughter: