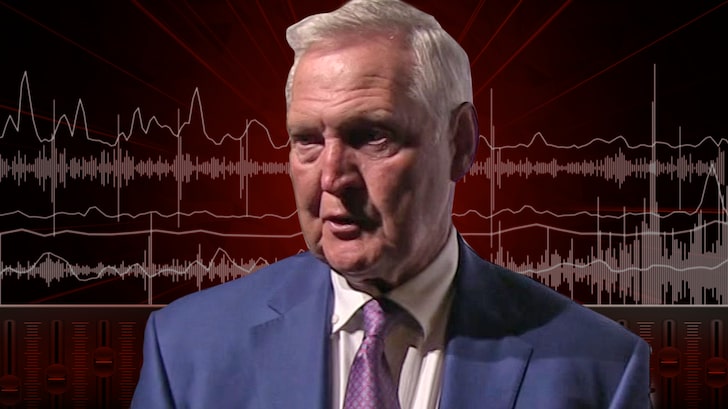 The man suing Jerry West and the Clippers for his alleged role in landing Kawhi Leonard says West left him a voicemail message in 2019 acknowledging their relationship and trashing the Lakers in the process.

Johnny Wilkes tells TMZ Sports … West left the voicemail for him on July 1, 2019, around 2 PM … “expressing concern that Kawhi would choose the Lakers over the Clippers.”

Wilkes says, “In the same message, Jerry thanked me for all my efforts in getting Kawhi to sign with the Clippers.”

TMZ Sports has obtained the voicemail — in which a man who sounds like West says, “Hey there, this is Jerry calling. I really want to thank you a lot for trying to help. I heard this morning that everyone over in the Lakers camp thinks they’re gonna get him.”

“I just find it hard to believe that he would want to go to that sh*t show where he would not even be … wouldn’t even get his name in the paper and he wouldn’t be the face of the franchise that’s for sure.”

“He might be the best player on the team, but hope things are well and again, I really really appreciate everything you’ve done.”

The man believed to be West is seemingly referring to the fact LeBron James is with the Lakers — and there’s zero shot Kawhi would overtake him as the face of the team.

The man also seems to think Kawhi is a better player than LeBron, Anthony Davis and other members of the Lakers.

FYI, West is an executive board member with the Clippers. He’s also considered one of the greatest Lakers players of all time.

The voicemail continues … “I will keep you apprised of what’s going on. But, I do want to get together with you privately and would love to take you to dinner and even Sam if he’s around. So I can at least pay my respects to you guys for being so generous and helpful. Take care, talk to you sometime soon. Bye-bye.”

We’re told the “Sam” in question is Sam Watson — who Wilkes claims was also involved in the effort to land Kawhi with the Clippers.

As we previously reported, West has DENIED any wrongdoing connected to the signing of Kawhi Leonard — but when contacted about this specific piece of audio, neither West nor the Clippers would comment.

The Clippers previously issued a statement saying, “The lawsuit filed by Johnny Wilkes is replete with inaccuracies and the allegations are baseless. The Clippers are fully cooperating with the NBA in its investigation, which is standard when these types of allegations are made.

“[The Clippers] are providing the NBA with evidence that the allegations are false.”

The NBA has launched an investigation into the allegations stemming from the lawsuit.