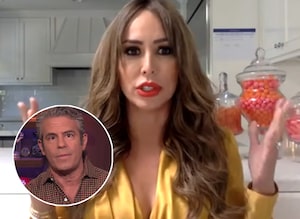 “The Real Housewives of Orange County” addressed the Black Lives Matter movement and removal of statues celebrating historical figures with racist pasts on Wednesday’s new hour — where it quickly became clear the women were not on the same side of the issues.

Dodd and Elizabeth were seen having a conversation about Braunwyn’s posts at BLM protests — saying they supported the cause, but criticizing Windham-Burke went about it on social media.

“Be for the cause but don’t have a professional photo out there,” said Dodd. “Everything’s about her image and she’s full of shit.”

“If you’re truly invested in it, you don’t go around into a protest and have a professional photog taking photos of you,” she added. “That just defeats the whole purpose of the protest!”

Later in the episode, the women were all talking about Dodd’s relationship with Fox News’ reporter Rick Leventhal — sparking a conversation about the removal of statues commemorating figures with connections to slavery and colonialism.

Claiming Leventhal wasn’t political or conservative, despite his connection to Fox News, Dodd said he simply “doesn’t believe in tearing down history.” 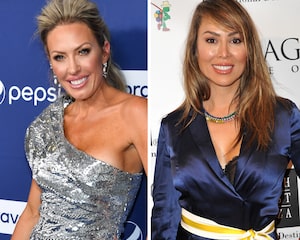 Getting more specific, she addressed statues of Christopher Columbus, “who has been there since 1886.” While Braunwyn argued that such statues are offensive to marginalized communities, Dodd exclaimed, “You can’t rewrite history!”

“I don’t think anyone’s trying to rewrite it,” Braunwyn replied.

In a confessional, Braunwyn said it was important to respect how the marginalized feel. She added that “you don’t destroy history by taking down a statue. A statue does not educate, a statue sits there and pigeons shit on it.”

As Braunwyn told Kelly that it’s important to listen to the oppressed, Dodd shouted, “You can’t go and destroy and loot and destroy things. They shouldn’t ruin it, they should get together and vote on it. We’re a democracy.”

Braunwyn said “hundreds of years of being nice” clearly hasn’t worked for protestors and said she was all for taking down statues dedicated to Columbus. 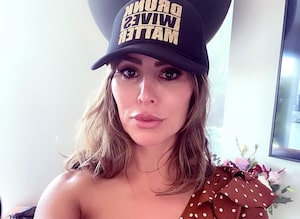 In confessionals, Dodd slammed her costar as “not college educated,” while Braunwyn said she’d “never seen anyone go to Arizona State who thinks they are a Mensa member, besides Kelly Dodd.”

When Dodd — who is Mexican — told the group she’s a minority, Braunwyn argued it wasn’t the same thing as being a Black person in America.

“When you go to the grocery store in a hoodie, you’re not worried about being shot. None of us here are,” she said. “Black people are being killed disproportionally by cops.”

“There’s bad cops! I know,” exclaimed Dodd. “You’re not going to fix it by destroying things!”

Gina then brought her own white privilege into the conversation, from the POV of someone who was arrested for a DUI the previous year. “I was scared because I f–ked up, I was scared of the consequences,” she said, adding, “never once was I scared of the police officers that were arresting me.”

Elizabeth, meanwhile, said she only really learned about white privilege this year — and noted that while she doesn’t “get all of it,” she’s “getting there.”

The conversation ended with Dodd jumping to the kitchen to plate the salmon they’d made for dinner. 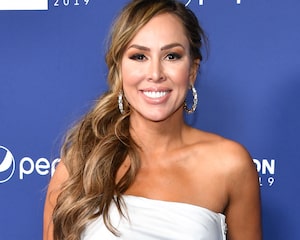