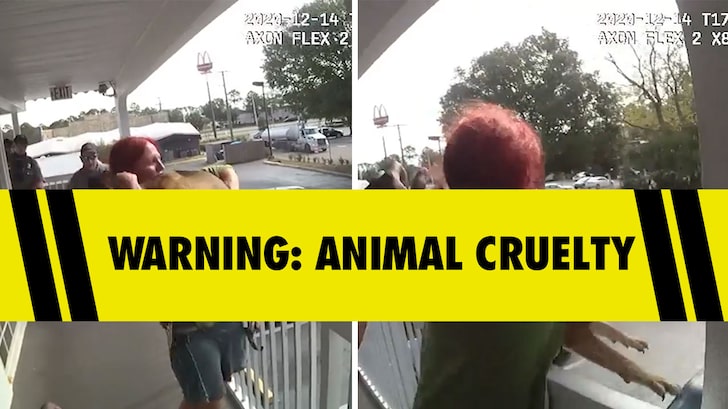 If you’re looking for a Christmas miracle, look no further than this German Shepherd … which survived an horrific incident of animal cruelty at a Florida motel.

The pooch has, appropriately, been named “Miracle” by the Volusia County Sheriff’s deputies who showed up Monday at a Daytona Beach motel … responding to calls about a suicidal woman.

The deputies went to her 2nd floor room and knocked on the door, but got no reply from the woman for a few minutes. When she finally opened the door she quickly stepped out with the dog, immediately picked it up and threw it over the railing as deputies yelled and tried to stop her. 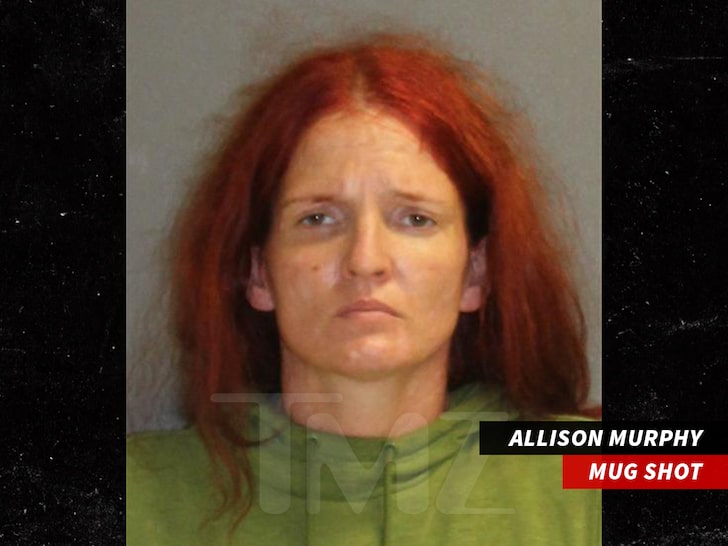 Cops pounced on Allison Murphy and arrested her on the spot. During the arrest, you hear them asking other deputies outside the room if the dog is okay.

Amazingly, she was. Miracle didn’t even break anything, and cops were able to recover her as she tried to run away after the fall. 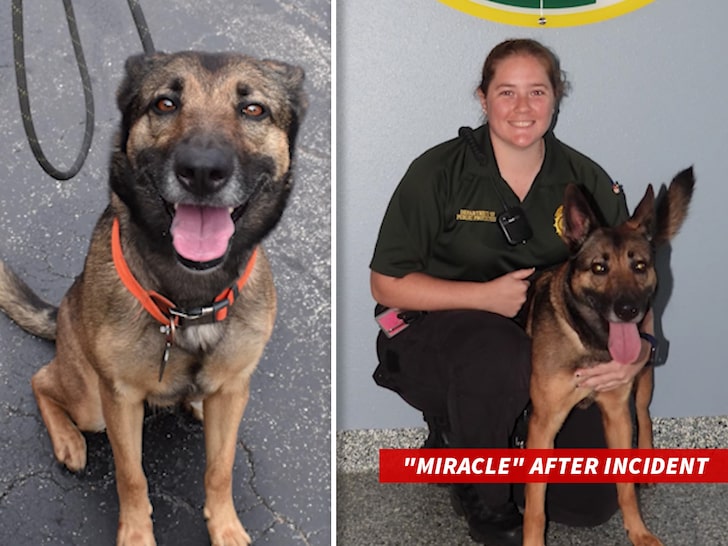 Miracle is now in the custody of Animal Services.

As for Murphy … she was booked for felony animal cruelty and resisting an officer without violence. She’s still in custody.