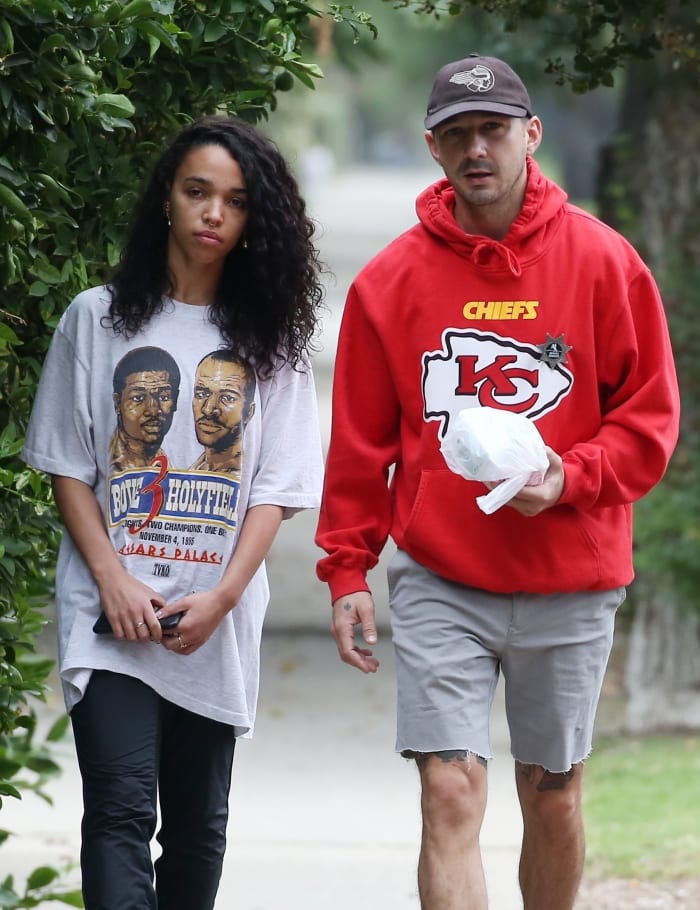 The drama between Shia LaBeouf and his ex girlfriend FKA Twigs is getting a lot more scandalous. Last week, she sued the actor – alleging sexual assault and that he gave her an STD.

Now, it’s being speculated all over social media that the STD in question was herpes. And according to FKA Twigs, Shia his his alleged herpes, by putting “makeup” on his private area.

In court papers obtained by MTO News, FKA Twigs, 32, claimed the actor “knowingly transmitted a serious illness to [and ex], without ever informing her beforehand that he suffered from this dreadful malady.”

FKA claimed she began to experience “unusual and painful physical symptoms” around March 2019.

When she confronted Shia about her symptoms, he “admitted that he suffered from a sexually transmitted disease which had been diagnosed years earlier.”

The singer claimed in court papers: “LaBeouf admitted that he had never told [his ex] about his condition before, even though they had been sexually intimate for many months.

“Further, LaBeouf admitted that he had experienced a flareup of his disease’s symptoms in December 2019, but worked to hide his outward symptoms from [his ex] by applying makeup.

“Despite experiencing a flareup of his symptoms, LaBeouf continued to engage in sexual relations with [his ex], further exposing her to his disease.”

FKA Twigs alleged she was “shocked and horrified” by his admission and underwent bloodwork that confirmed she had been infected with his disease – allegedly herpes.

She claimed his attorney “cruelly dismissed the sexually transmitted disease LaBeouf had infected Tahliah with as ‘not that bad.’”