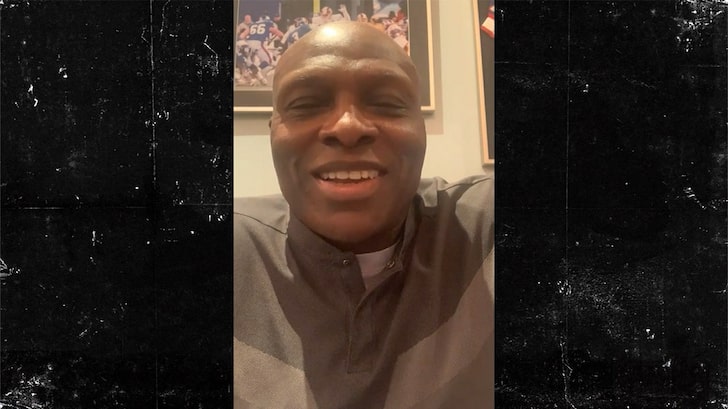 The Bills absolutely did NOT give up too much to get Stefon Diggs … so says Bruce Smith, who tells TMZ Sports the wide receiver has completely changed Buffalo’s offense!!

“[He’s] doing an outstanding job,” the Bills legend said of the former Vikings star. “I mean, he’s making everyone around him better.”

Buffalo gave up quite the haul to steal Diggs away from Minnesota this offseason … trading away a shipload of picks — including its 2020 1st-rounder — for the 27-year-old.

And, at the time, many thought that was way too much to give up for a guy who hadn’t necessarily proven he was a legit #1 wideout in Minnesota.

But, Smith says Diggs has been worth all of it AND more … telling us the receiver is one of the biggest reasons Josh Allen and the whole Bills offense has lurched forward this season.

In fact, Smith praised the hell out of the Bills’ brass for pulling the trigger on a trade not everyone loved initially!!

Diggs is tied for the NFL lead in catches with 90 and he’s also 5th in the league with 1,037 receiving yards … which, as Smith says, sure seems worth all those picks to us!

By the way, Bruce also gave us his pick for Sunday night’s HUGE Bills vs. Steelers game … and the dude is confident Buffalo will secure the victory to get to 10-3!