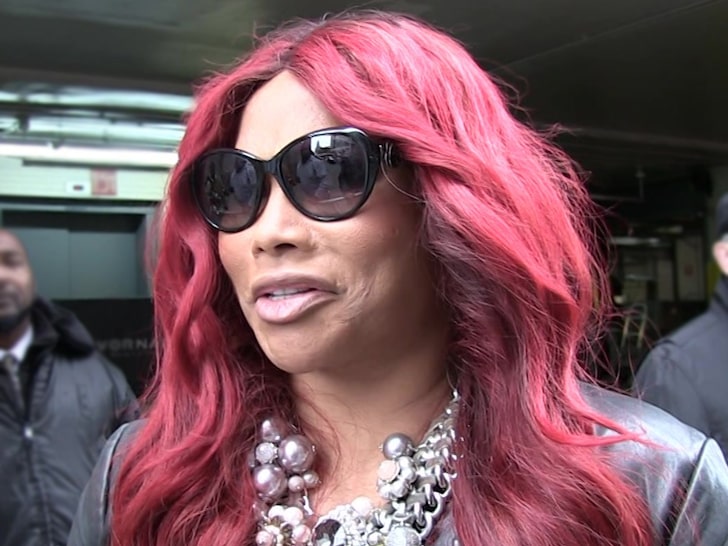 Pepa from Salt-N-Pepa can’t shake her thang without pain and discomfort, because she claims a doctor pressured her into multiples butt surgeries and botched them.

Sandra Denton, better known as Pep, is suing Dr. David Sayah for negligence, claiming he talked her into 3 separate procedures to repair damage she suffered in a July 2018 car accident.

In legal docs, she says the wreck made the biopolymer injections she previously had in her butt and hips shift, leaving her in extreme discomfort. Pep says she was referred to Dr. Sayah in Sept. 2019 to help her out, and the plan was to remove the biopolymer material and butt implants to relieve her pain.

According to the suit, the doctor initially convinced Pep to simply replace her butt implants with smaller ones … because she claims he told her she’d be distraught if she went back to her au natural derriere.

Instead, Pep alleges Sayah performed an unsuccessful liposuction, which required yet another corrective surgery.

Before that one went down … she claims Dr. Sayah pressured her into a different procedure which caused her buttocks to harden and knot up — making it difficult and stressful for her to perform on stage.

She claims the third and final surgery was in Feb. 2020 when Sayah finally removed the biopolymer material … or so she thought.

Pep says she went to another doctor because her butt was still hurting and, after an MRI, discovered a “large amount of biopolymer silicone and dead scar tissue remaining.”

Pepa’s suing Dr. Sayah for allegedly disfiguring her and says she’ll likely suffer from the injuries for the rest of her life. She also says she’s gonna need even more surgery.