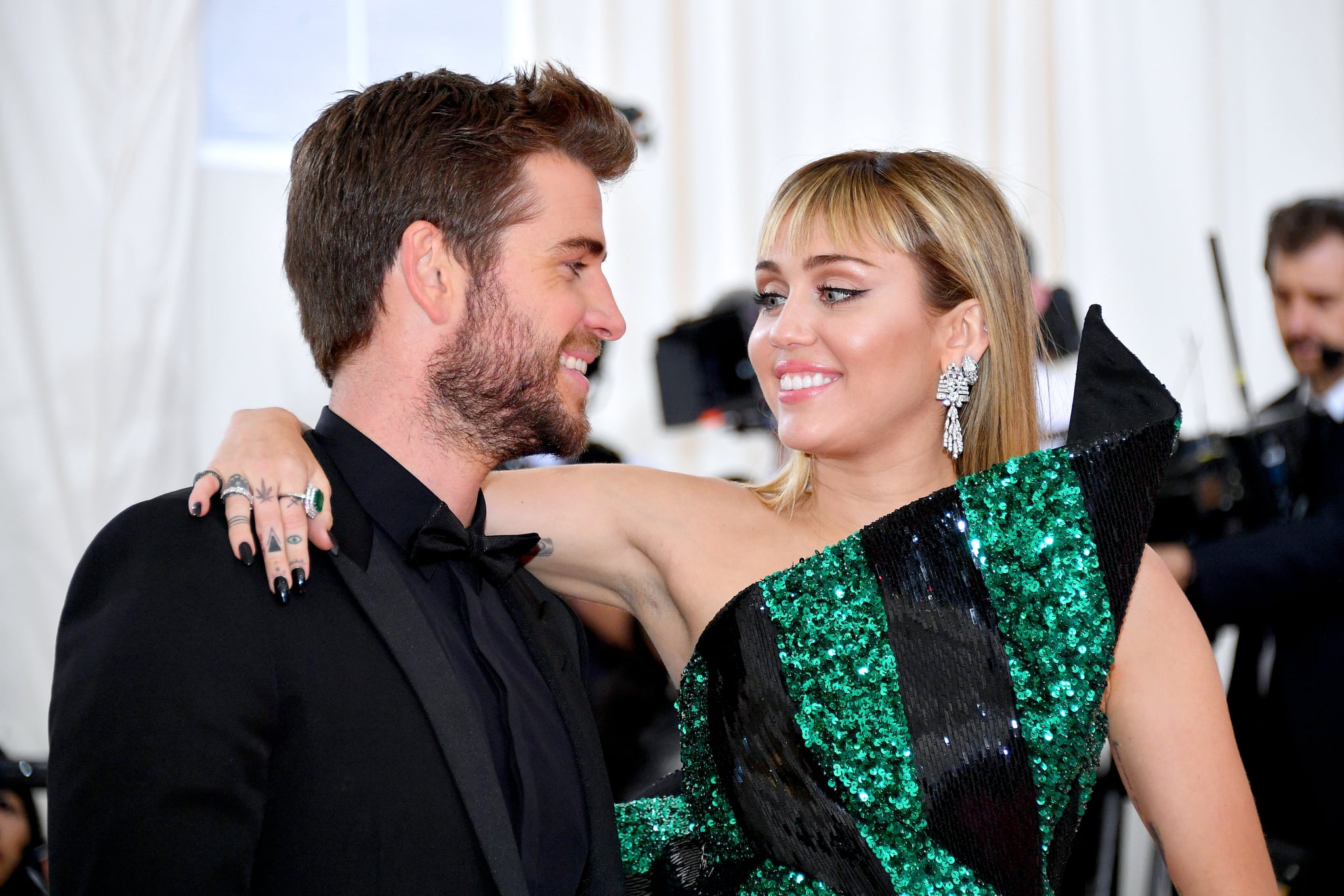 Miley Cyrus is opening up about her split from ex-husband Liam Hemsworth, both in her music and her recent interviews. Shortly after releasing Plastic Hearts — which features many emotional lyrics about heartbreak — the singer made an appearance on The Howard Stern Show on Dec. 2, where she got incredibly candid about her relationship with the Australian actor. After dating off-and-again for 10 years, the couple tied the knot in December 2018. Nearly seven months later, the two announced they were getting divorced.

During the interview, the singer noted that having their Malibu home destroyed in the Woolsey fire in 2018 was a major catalyst for them tying the knot. “I had so much and it was all gone, every song I had ever written was in that house,” she said. “Every photograph of me that my parents had given to me, all my scripts, I lost everything.” She added that the fire was especially heartbreaking for her since she was filming Black Mirror in South Africa at the time and couldn’t return home.

“I just clung to what I had left of that house, which was me and him.”

“So in trying to put that back together, instead of going, ‘Oh, nature kind of did something I couldn’t do for myself; it forced me to let go,’ I ran toward the fire,” she continued. “Which is not abnormal, a lot of animals do this and end up dying, like deers run into the forest. You’re attracted to that heat and me being an intense person and not wanting to sit with it, and not wanting to go, you know, ‘What could be purposeful about this?’ I just clung to what I had left of that house, which was me and him. And I really do and did love him very, very, very much and still do, always will.”

As far as why the couple ultimately decided to split, Miley noted that “there was too much conflict” in their marriage. “When I come home, I want to be anchored by someone,” she said. “I don’t get off on drama or fighting.” For more of Miley’s interview, you can check out Howard Stern’s website here.