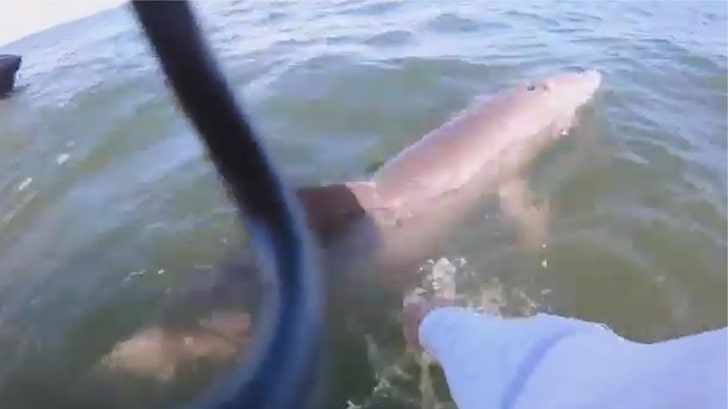 Gotta hate humans who pollute our oceans and harm animals … but also gotta love humans who save animals from harm … like this jet skier who came to this poor dolphin’s rescue.

It doesn’t take long for Nick to jump into action … using a knife to free the dolphin’s tail from the thick rope. The rope was so thick … Nick spent 3 solid minutes trying to cut it. He’s eventually successful … and the dolphin swims away, hopefully pain-free.

As if this feel-good story couldn’t get any better … a pod of dolphins can be seen swimming beside Nick. They say dolphins are extremely smart animals … so one can only guess the dolphins were saying, “Thanks, brah!!!”