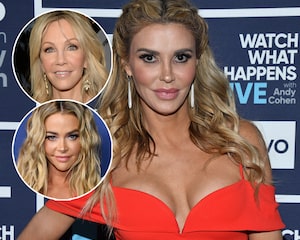 Brandi Glanville and Kim Richards are apparently on the outs right now — and it all has to do with rumors of a threeway.

There was a report last month that Glanville had once hooked up with both Kim and fellow RHOBH alum Carlton Gebbia at once — a report Brandi adamantly denied on Twitter at the time. 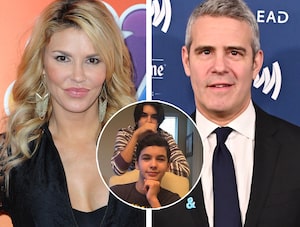 Glanville did claim she and Gebbia, however, have “fooled around” together in the past with a man. Brandi said she also texted Carlton the other day to see if she was okay with Glanville spilling about their alleged rendezvous on her podcast.

She added that she and Gebbia are just “sexual beings” and “things just happened.”

While Brandi added she didn’t know whether there was anything else doing on with Kim to make her stop speaking to her, she doubled down on her denial because she wanted “that to be out and just done.”

“I get anxiety when I have arguments with my friends,” she added. “Hopefully, Kim is just busy. I don’t think anyone’s really that busy right now, but we’ll figure it out.”

TooFab has reached out to Richards for comment. A rep for Gebbia was not available and she has not publicly commented on Brandi’s claims. 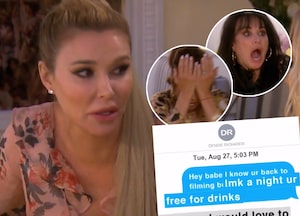