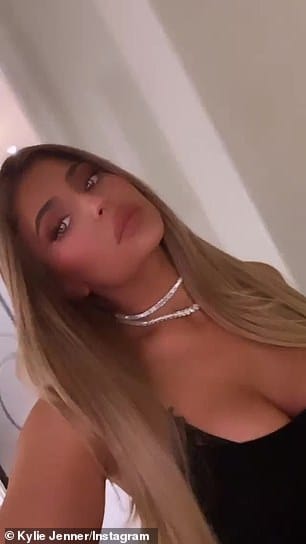 Twitter is accusing Kylie Jenner of “darkening” her skin – and transforming herself into a Black woman, MTO News has learned.

Kylie is no stranger to surgically altering herself. But her new look has people wondering whether she used a controversial new procedure to make her skin darker.

We’re all familiar with skin “bleaching,” where darker skinned women get their skin bleached to appear lighter. The bleach removes the melanin from skin.

Kylie’s “darkening” procedure – if in fact she underwent it – does the exact opposite. The billionaire Kardashian appears to have taken experimental drugs, commonly found in Europe, that boost the melanin levels in non-Black people. The drug essentially turns white skin – dark.

Here are some recent pics of Kylie. Since the pics were released, Twitter started calling her “Black Kylie.”