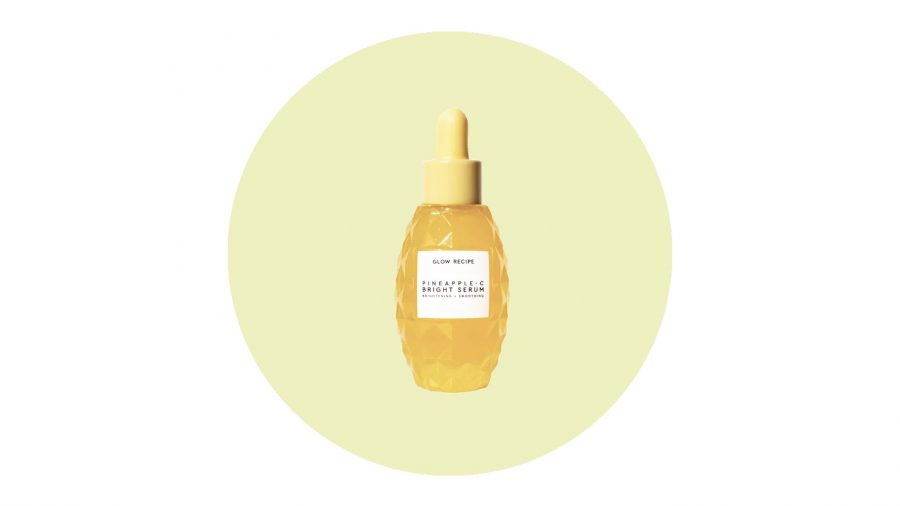 Is Glow Recipe Really Worth All the Hype?

In recent months, the cult Korean-inspired skincare range has been all the talk about the town. You’ve seen it on the ‘gram, probably have heard about it from your girlfriend. But the question remains, does it really work?

If you’re looking for the latest in beauty, turn your gaze to Korea. The birthplace of the 10-step skincare routine, BB cushions, sheet masks, facial essences…we could keep on going really. Amongst one of the early few in the other end of the world who were in the know of Korea’s unmatched beauty innovations were Glow Recipe’s founders Christie Chang and Sarah Lee.

The ex-colleagues, who were both working at L’Oréal in Korea, initially launched Glow Recipe in 2014 as an online destination to curate the best of K-beauty for skincare fiends halfway across the globe. It wasn’t until three years ago when the duo launched their own namesake skincare range Glow Recipe Skincare. Almost immediately catapulted to cult status, the brand’s Watermelon Glow Sleeping Mask was an instantaneous hit, selling out everywhere. Some have even dubbed it a Korean facial in a jar.

Heavily drawing from the Korean beauty industry that they were no strangers to, the pair has since expanded the brand into an entire range of skincare infused with fruit extract – avocado, pineapple, watermelon, banana, it’s an entire grocery list. In fact, the inspiration for the brand’s revered Watermelon Mask came from the pair’s childhood when their grandmothers used watermelon seeds to remedy heat rashes in the summer. In theory, the clean, cruelty-free formulas tick all the boxes of a superior skincare brand and the internet seemed to agree. We’ve seen the saccharine hued glass bottles were all over the ‘gram. We had to put it to the test ourselves. Did the range live up to the hype? Here’s our two-cents worth.

The scent of the Pineapple C-Bright Serum will hit you first. We were caught off-guard by what we’d best describe as a mix of syrup and soya sauce. It’s not the greatest first impression but all things considered a pretty good brightening serum. Although it felt a little thick at first, it spread easily onto the skin, leaving a dewy, glowing sheen. You’ll most definitely have to get over the smell first, though. The bottle looks deceivingly big given its faceted, pineapple-inspired design, but it runs out quite quickly. Having used it twice daily for a week and a half, about a third of the bottle has been emptied.

While a little thicker and goopier compared to most toners, this leaves your skin feeling soft and hydrated. After having used it for two months, we also noticed “blurred” pores. Like the pineapple bright serum, the deliberately irregularly shaped glass bottle might lead you to think that you’re getting more product than the 150ml you actually get. 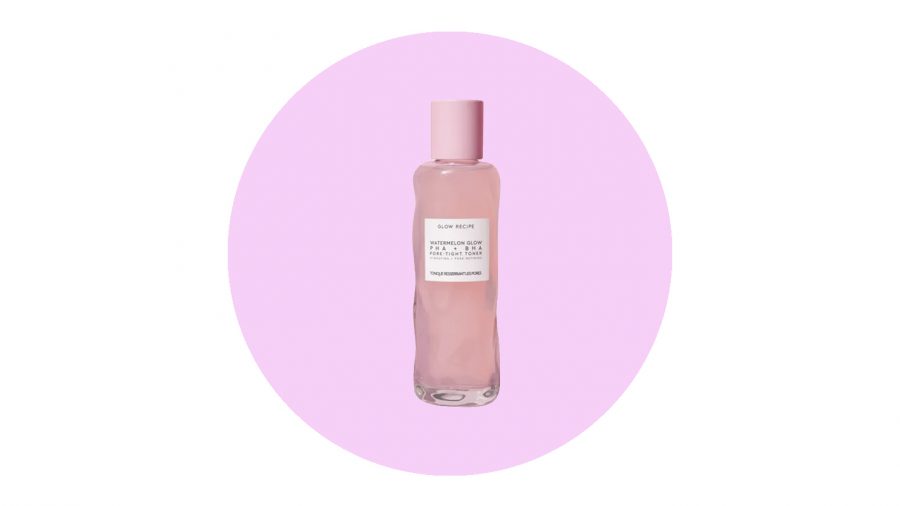 Packaged within a pump glass bottle, the Watermelon Glow Pink Juice moisturiser feels like a serum more than an essence and actually serves as a pretty good day moisturiser when you want to keep skincare light – whether because you’re putting on makeup, or just plain old lazy. It leaves the skin moisturised and dewy and shares that same, albeit slightly artificial, watermelon scent that the  Watermelon Glow PHA+BHA Pore-Tight Toner has. 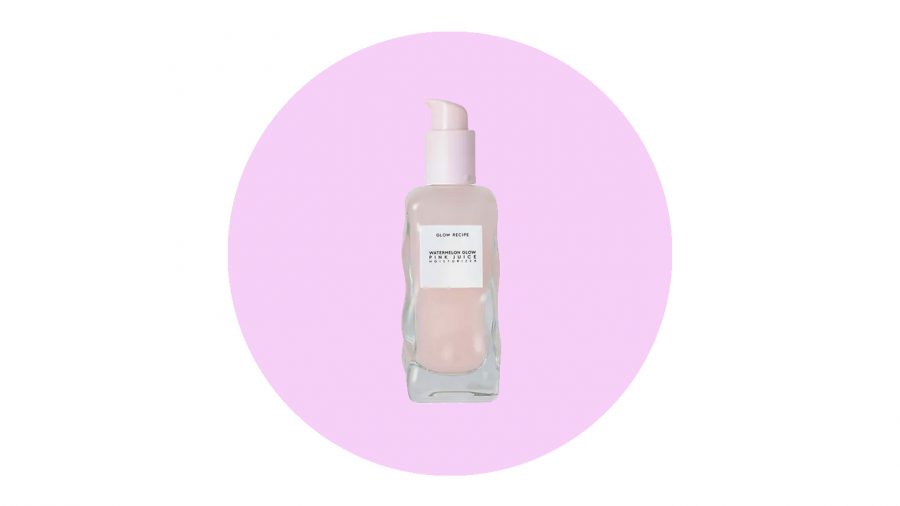 Repeatedly lauded as Glow Recipe’s best product, the expectations were set high. Is it the best eye cream I’ve ever tried? The short answer: no. As a mask, this works well for nighttime wear, but not so much for daytime wear under your makeup as the consistency is a little thick. The instructions recommend that you wash it off, another minus, because who has the time. When applied, it doesn’t instantly rejuvenate the under-eye area compared to eye creams like, say, Caudalie’s VineActiv Energising and Smoothing Eye Cream or Chanel’s Le Lift Flash Eye Revitaliser. But, to give credit where credit is due, this is a very moisturising eye mask and it does keep the dark circles at bay, though not so much the puffiness. 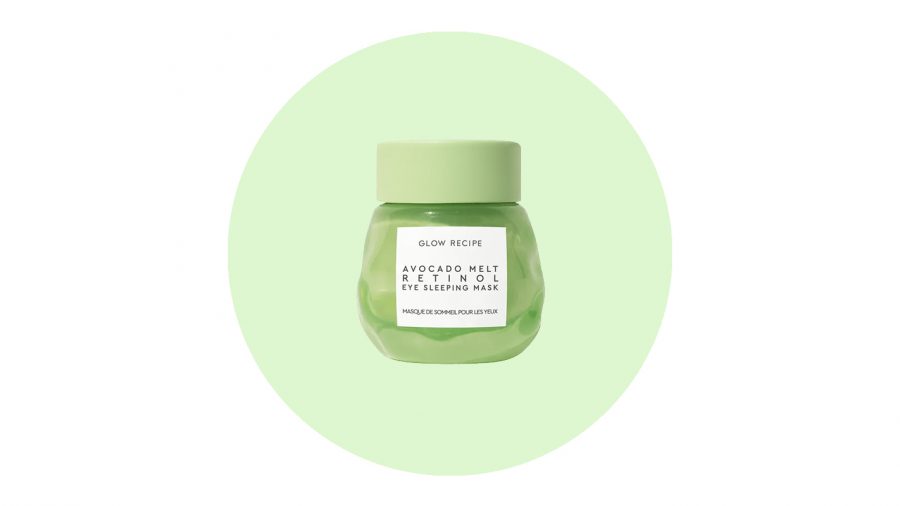 This one may be our favourite, solely because it’s a thick moisturiser that only requires a reasonably small amount, and leaves the skin feeling and looking hydrated without that soppy, dripping feeling that some intense moisturisers tend to leave behind. A strong cream that doesn’t feel heavy, this is great for skin that tends to get dry in the night. But a word of warning to those who don’t enjoy the scent of bananas, you might find the Banana Souffle Moisture Cream off-putting. 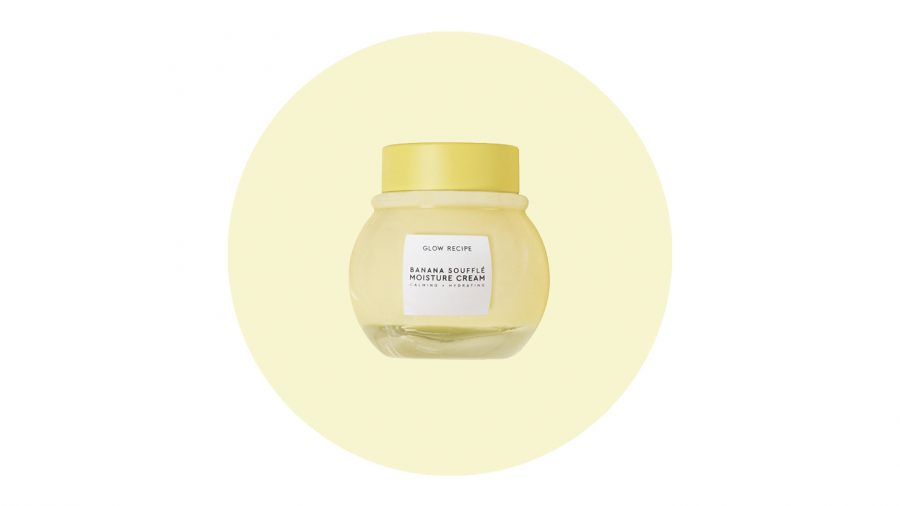 Another win for the dry skin types out there, this mask is very moisturising, yet absorbs very quickly into the skin. So much so that you can double the layer after the first application is absorbed for extra measure. However, we can’t quite place our finger on the texture. Imagine a mix of oil and a gel jelly. It does take some getting used to. Scoop the mask out of the jar takes some practice. The texture might throw you off a little at the start, but it’ll be worth it – trust us. There’s that watermelon smell again, though! 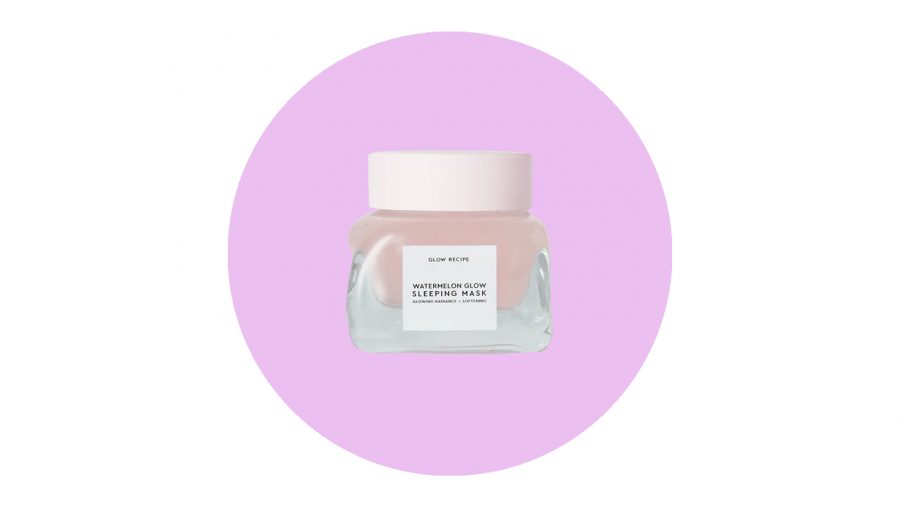 Compared to the Avocado Melt Retinol Eye Sleeping Mask, the texture felt softer and it melt more easily into the skin. Even though it is retinol, it wasn’t harsh on the skin. It felt like a night cream. It left the skin feeling lightly hydrated – some creams, oils, and masks have the effect of taking oily skin into overdrive but this one didn’t. Overall, a good mask! 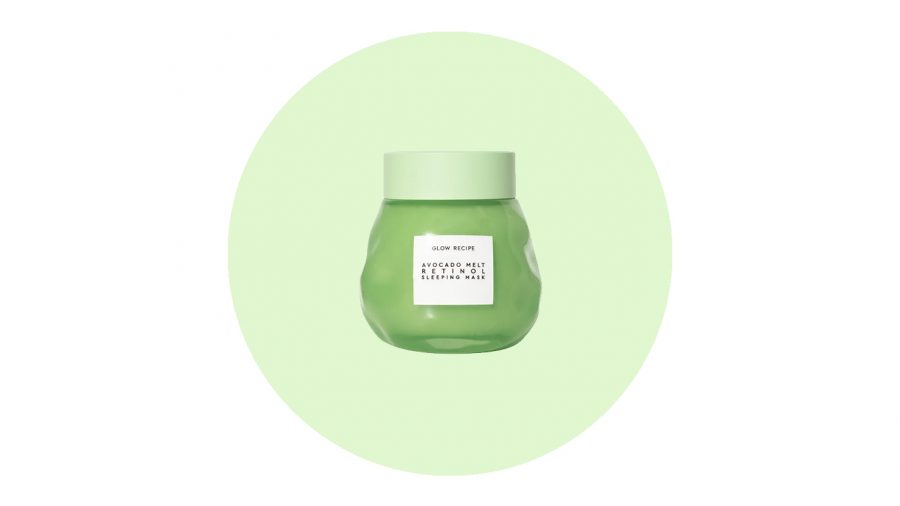 Are these the best products we’ve ever used? Not quite. While we did have favourites and wins, we did not find them particularly life-changing, or as the millennials like to say, worthy of being called “holy grails”. Not yet, anyway. Don’t get us wrong though: these products do work, but just not enough to immediately knock off what currently sit on our vanity. Also, the relatively heftier price tags for less product is something to think about. But we will say this: Glow Recipe is vegan, cruelty-free and, with its glass bottles, I assume are pro-waste-free. In our books, this puts them quite in the lead compared to numerous other K-beauty brands. Would we purchase them again? Maybe, but that’s a strong maybe. If your current rotation of skincare isn’t panning out, or you feel it’s time to switch to ethical beauty brands that actually work, give Glow Recipe a go.

What To Read Next: Beauty Wars: Shimmery Eyeshadow Palettes that Aren’t Just for the Holiday Season, Conversations: The ABCs of Feminine Care with Two Lips’ Cynthia Chua and The Nude Manicure That Actually Looks Like Real Nails | Cover Image: YOYOKULALA.com