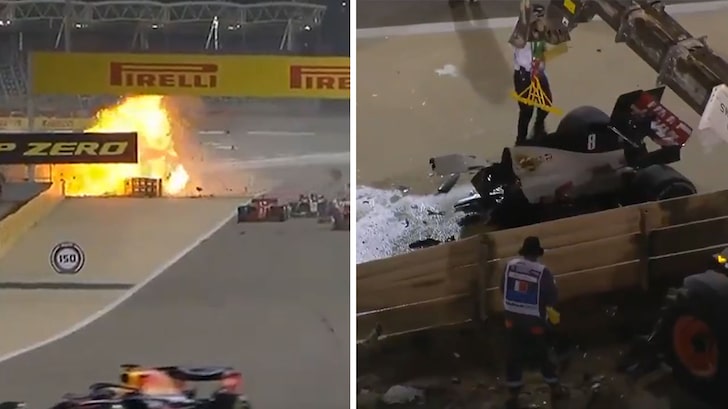 F1 driver Romain Grosjean is lucky to be alive — SUPER LUCKY — because his car exploded in flames and was literally ripped apart during the Bahrain Grand Prix.

The race barely got started … during the first lap of the race, his car made contact with another car and it sent him careening into the barrier. It looked like dynamite … a massive explosion tore the car apart. 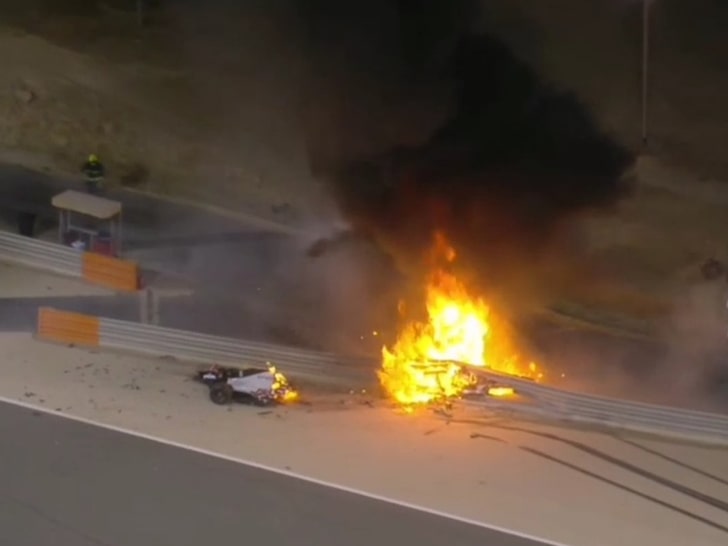 The 34-year-old driver was hurt, but miraculously not badly. He suffered minor burns and was taken to a local hospital, but he’ll be ok. 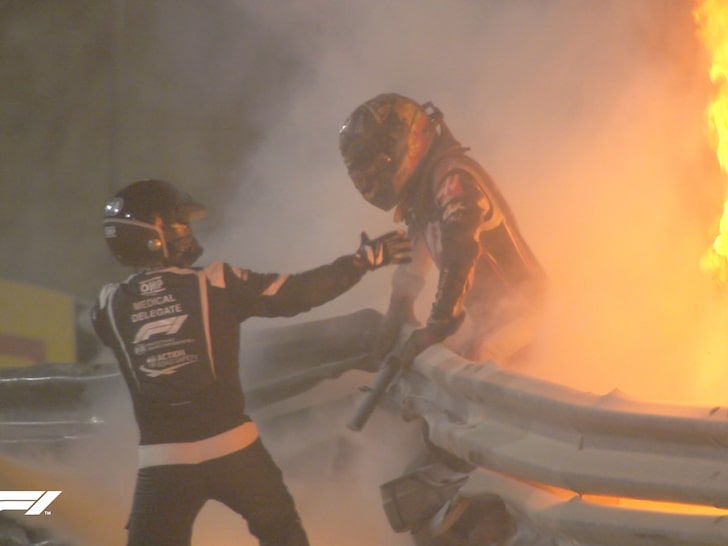 The race stopped down for 45 minutes so the staff could clear the track of debris.

Lewis then went on to remind folks of the danger … “The risk we take is no joke for those of you out there that forget we put our life on the line for this sport and love what we do. This is a reminder to us all. Thankful to the FIA for the massive strides we’ve taken for roman to walk away from that safely.”