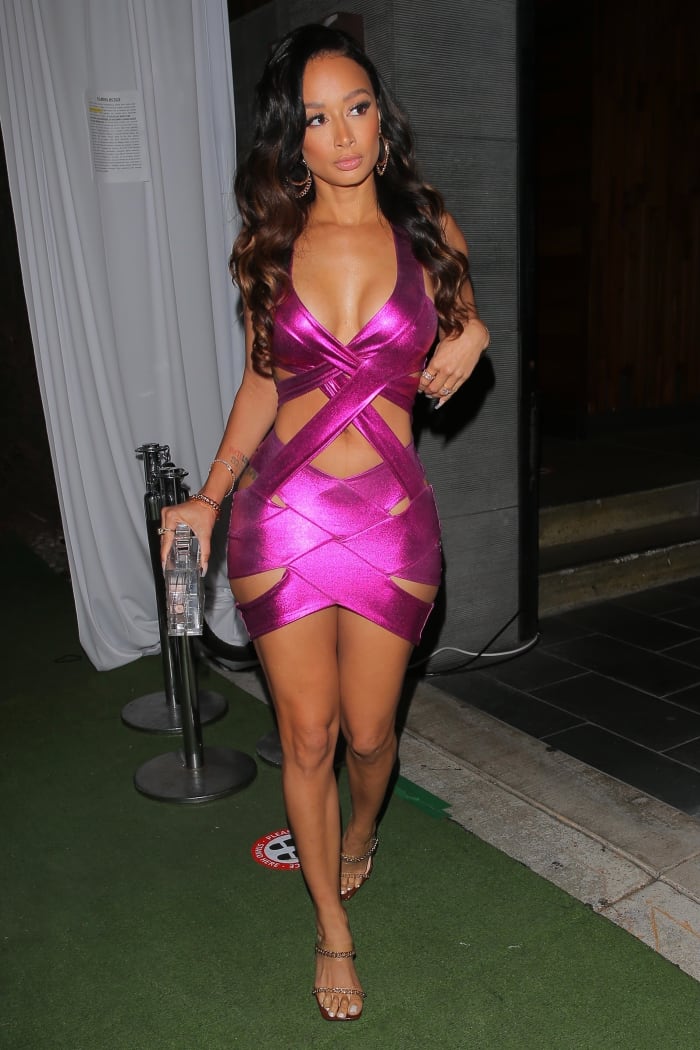 The reality TV star/fashion model/entrepreneur was all smiles as she celebrated the launch of her new jewelry collection with close family and friends at celebrity hotspot Nobu in West Hollywood.

Draya showed off her killer curves in a fuchsia mini dress which highlighted her cleavage, abs, and toned legs paired with heels and jewelry from her collection with the company “8 Other Reasons”.

And the pictures are doing HUGE numbers on social media. Many on Twitter are saying that Draya is the World’s Sexiest Woman.

Draya first came to the attention of the public as the girlfriend of entertainer Chris Brown.

She was part of the freshman cast of the VH1 series Basketball Wives LA in 2011, and in the same year made her first scripted acting debut in TV One’s Will to Love opposite Keshia Knight-Pulliam and Marques Houston.

She remained as part of the cast of Basketball Wives LA until her departure at the end of the show’s fourth season in 2015. She had a supporting role in the 2016 film The Perfect Match.