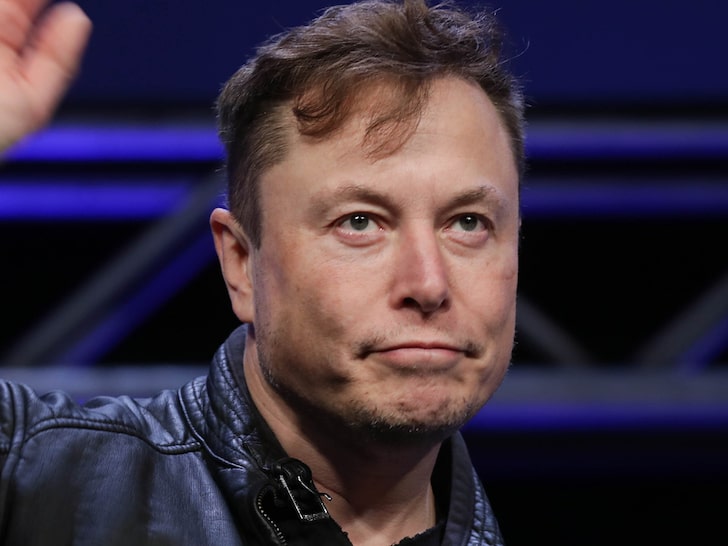 Elon Musk is dumbfounded … after taking 4 coronavirus tests that triggered split results, he — like many others — is questioning the trustworthiness of some tests.

The Tesla/SpaceX honcho said Thursday night, “something extremely bogus is going on” after his 4 rapid tests resulted in two negative and two positive results. He said he used the same machine, the same test and the same nurse.

He also said he used a rapid antigen test from the medical tech company Becton Dickinson and Co. 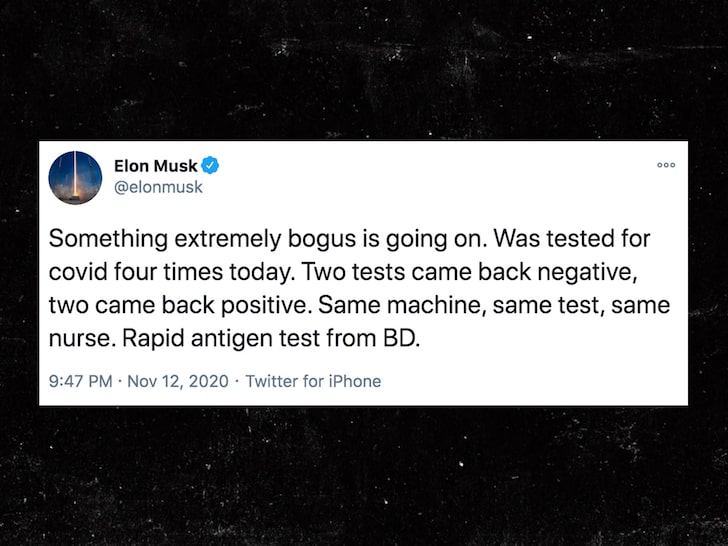 Elon said he’s also waiting for results from 2 PCR tests (nasal swabs) but won’t know for about 24 hours. The antigen tests Elon took are conducted quickly and often administered in hotspots like college campuses or elderly facility … whereas the PCR tests are more expensive and conducted at labs.

According to the CDC … PCR testing is considered the “gold standard” for clinical diagnostic detection of COVID. It says this is why it may be necessary to confirm a rapid antigen test result with a PCR test, which is what Elon’s doing.

Still, the CDC does say rapid testing is “generally reliable” (84.0%-97.6%), but if you take it more than 5 days after your first symptoms you could run into false negatives … a la Elon.

As for his immediate health — he says he’s experiencing symptoms similar to a cold “but nothing unusual so far.”

It’s worth noting … Elon in the past has cast doubt on the virus itself … from claiming doctors inflated case numbers for financial reasons and calling shelter-in-place orders “fascist” to claiming back in March there’d be “close to zero new cases” by the end of April.